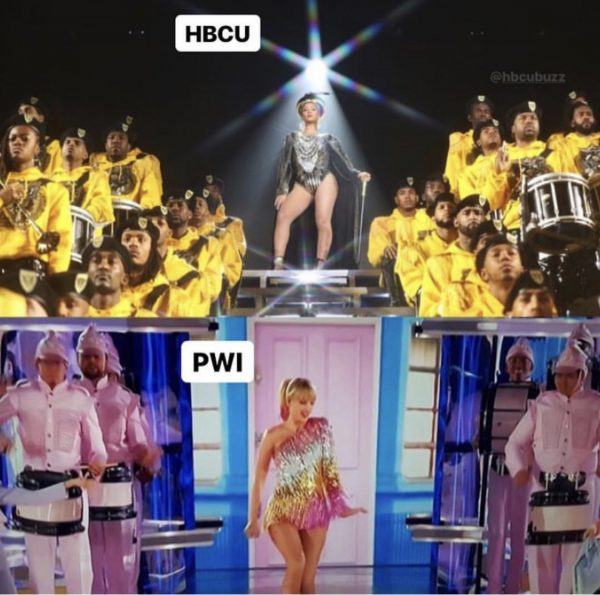 Nothing gets past “Black Twitter” that’s for sure. After Taylor Swift took the stage at last night’s Billboard Music Awards, fans noticed a resemblance between her performance and Beyoncé’s Coachella performance.

Taylor had marching bands just like Beyoncé did, except her band had no rhythm and fans wondered how they even got the job. Fans quickly took to social media and came up with the hashtag #MayoChella to describe Taylor’s low budget #BeyChella performance.

Take a look at some of the funniest twitter reactions below.

i wanna see the tryouts for that taylor swift drumline cuz the last thing they seemed concerned about was the drumming being good.

What in the Melania copying Michelle’s speech is this. #Mayochella pic.twitter.com/piWkZ1o95l

More in Articles
Chris Brown Confirms That Drake, Lil’ Wayne, HER, Nicki Minaj, and Juvenile Will Be on His New Album ‘Indigo’…Will He Own Summer ‘19? [PHOTOS]
Lil Durk and Teyana Taylor – “Home Body” [VIDEO]