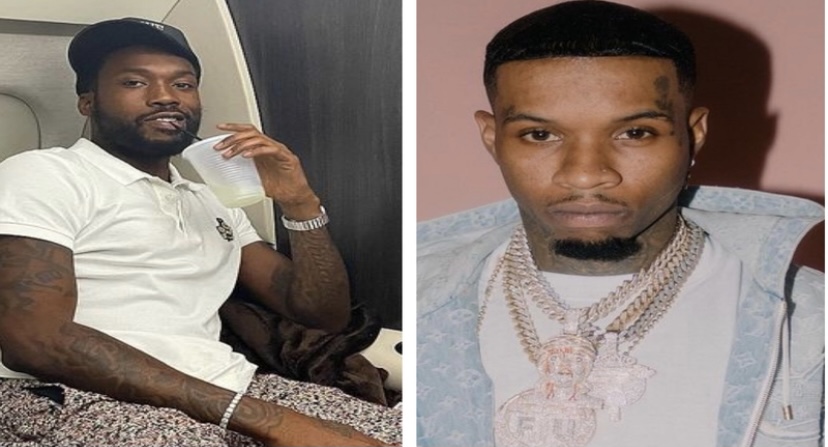 Last night, Meek Mill revealed that he received the Nelson Mandela Humanitarian award. This is after his work over the last three years, in his work in criminal justice reform. Part of Meek’s Instagram caption for thjs award was “I ain’t grow up playing ball, I had a Smith & Western.”

Of course, this wasn’t the correct spelling, and Tory Lanez made Meek sure of that. Meek ended up responding and said “It’s called Meek Flow.”

Tory ended up feeling some type of away, as he replied “It wasn’t that deep. Just ain’t want u to look dumb. Congrats tho bozo.” Meek soon made it known that he doesn’t rock with Tory right now at all.

“Stand tall Tory,” said Meek. “It’s kinda of deep you tryna help me wit my spelling and you know for a fact I don’t fuck wit you right now…”

Meek believes that Tory is copying his flow, in his latest freestyle. This is similar to why Cassidy is beefing with Tory right now as well.

Of course, many remember that Meek & Tory have collaborated plenty of times. Several records include “Lord Knows” from Meek’s 2015 “Dreams Money Can Buy” album and Meek’s 2016 “DC4” mixtape.