Home » Hip Hop News » Meek Mill asks Travis Scott “For what????,” in response to news of him performing at the #SuperBowl, alongside Maroon 5; Meek says “he don’t need that. He on fire already” [PHOTO] 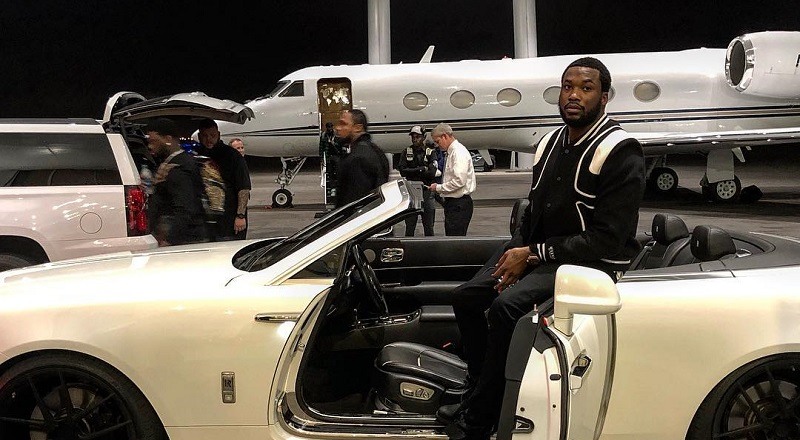 Since 2012, Travis Scott has been making moves, with one of his first big features being with Meek Mill. However, Travis Scott didn’t fully emerge until 2015. That was when “Antidote” became a breakout hit for the Houston rapper.

Travis Scott continued to drop buzzing records, which helped make him a big name, in the game. But, Travis Scott is slowly becoming the biggest name in rap. His single, “Sicko Mode,” with Drake, is continuing to increase.

Meek Mill, meanwhile, during the same span of time, became intense rivals with Drake. In surprising fashion, he lost a beef to Drake, and became a laughingstock, despite Jay-Z having his back. Having an amazing comeback, Meek reunited with Drake, and took on Jay’s mantle, now questioning why Travis Scott is doing the Super Bowl halftime show with Maroon 5, saying he doesn’t need it.

More in Hip Hop News
Jay Pharoah performs in-studio concert as Jay-Z, Lil Wayne, and Eddie Murphy on #SwayInTheMorning [VIDEO]
Depression Is Real! Fans Share Their Sympathy and Thoughts With Deb When She Talks About Her Sons Suicide #GUHHATL [PHOTOS]