Home » Hip Hop News » Meek Mill, Omarion’s label-mate, calls out Lil Fizz and Apryl Jones, referring to them as “outta pocket,” over new relationship; Fizz responds that “outta pocket” is how he paid for dinner [PHOTO] 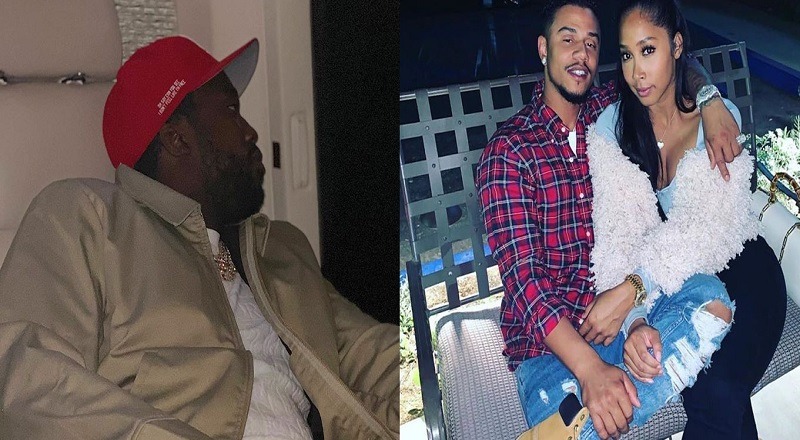 Dating back to 2017, there have been rumors of Lil Fizz dating Omarion’s ex, Apryl Jones. These past two years have seen hints, but no confirmation of the two actually being together. Actually, it wasn’t until the “Love & Hip Hop Hollywood” episode that it was confirmed.

Now, there is no question about Lil Fizz and Apryl Jones being involved with each other. On the show, Fizz asked Apryl to be his girlfriend, and then asked for a kiss. Since then, Apryl did the Nick Cannon interview, where she broke the whole thing down.

But, as much as they explain it, and as much as Lil Fizz says he was never friends with Omarion, it won’t make sense to most. A lot of people, on Twitter, have grown to dislike the couple. Omarion’s MMG label-mate, Meek Mill, chimed in, calling them “outta pocket,” to which Fizz offered a sarcastic response.

More in Hip Hop News
Jadakiss talks old beef with Beanie Sigel and 50 Cent, Ruff Ryders era, new album with Fabolous, and more on Real 92.3 [VIDEO]
Lil Reese got shot in the neck, according to Twitter, and fans are hoping he’s not dead, asking how he got shot on 167th [DEVELOPING STORY]