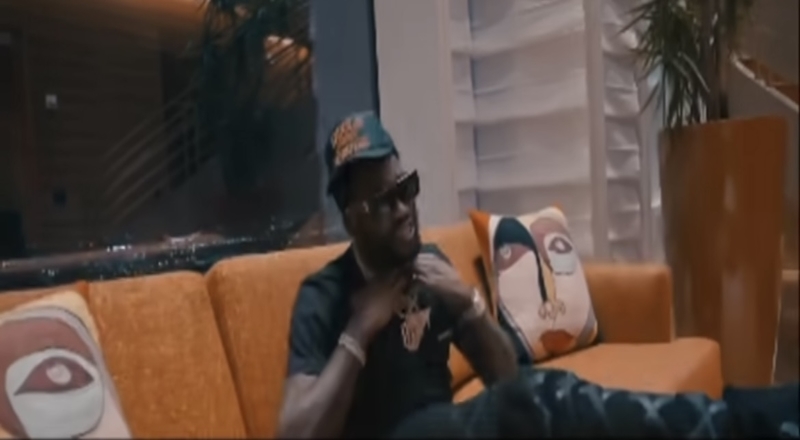 Meek Mill has been quiet to start 2022, when it comes to any possible singles or projects. It appears that Meek may be dropping some nee heat soon though, as he has taken to Instagram to preview a song, that he has in the stash.

Meek posted a video for this song, as he showcased his impressive bars and the energetic beat that came with this. Fans in Meek’s IG comments section were very impressed, as it was met with plenty of fire emojis. His caption was “Loadingggggggg……..” As of now, it’s unclear what the official title of this song will be, or when exactly it will see a release. Nonetheless, fans are still very excited, to see Meek back at it again.

Meek’s last project came back in October, with his fifth studio album, “Expensive Pain.” That was led by singles such as “Flamerz Flow,” “Blue Notes 2,” featuring Lil Uzi Vert, and “Sharing Locations,” featuring Lil Durk and Lil Baby.  Meek also collaborated with Moneybagg Yo, A$AP Ferg, Young Thug, and more. Expensive Pain went on to debut at number three in the US.

Check out Meek Mill previewing his new song on Instagram, below.

Continue Reading
You may also like...
Related Topics:featured, meek mill

More in Hip Hop News
Lolo Jones, age 39, is being clowned by men on Twitter for being a virgin
Yo Gotti says 50 Cent was who advised him to change his Cocaine Muzik Group record label’s name