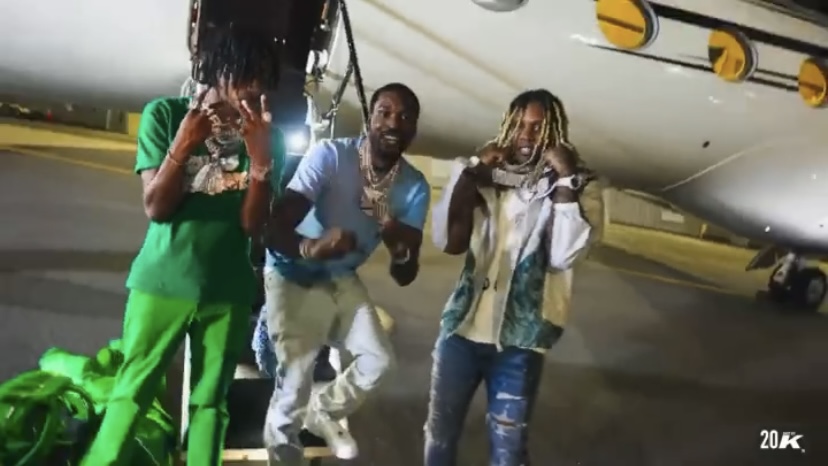 Meek Mill has dropped several new records over the last month, such as “War Stories” and “Mandela Freestyle.” Fans are also hoping that the Philly rapper finally releases his fifth studio album in the near future. Meek’s last project came in November 2020, with his “Quarantine Pack” EP.

In the meantime, the MMG artist is releasing a new single, that features Lil Durk and Lil Baby, tonight. This is titled “Sharing Locations,” as Meek also shared a clip of the visuals for it.

Meek was featured on Lil Baby’s “Time” single, from the “Street Gossip” album in 2018, and also on “Still Runnin.” That record appeared on Lil Baby and Durk’s collab album “The Voice Of The Heroes,” this summer. That album was the number one album in the US, as Baby and Durk have been a very popular duo in hip-hop, over the last year.