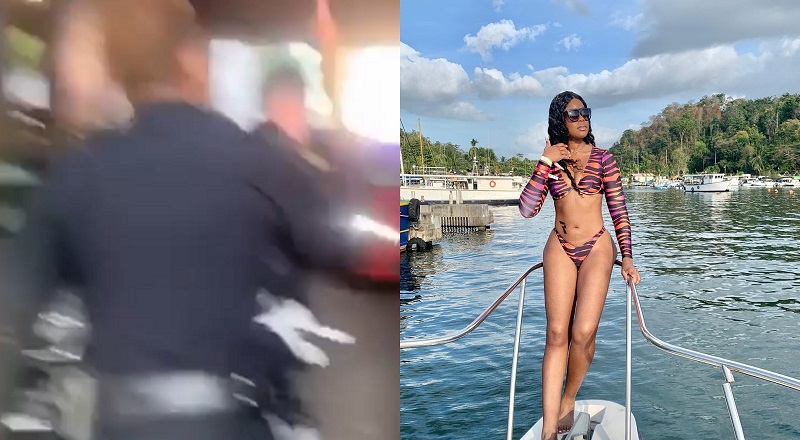 These protests and riots have brought out the worst in a lot of people, but it’s also brought out the best in people, too. So much can be said about the cops, starting with the ones who killed George Floyd. But, not all cops are bad, and Minneapolis isn’t every city.

In another city, New Orleans (UNCONFIRMED), a white police officer slammed a young black woman to the ground. She was protesting and wasn’t violent. However, when he tossed her to the ground, people were shocked.

Just as people were going after the cop, a female black officer arrived to put the male officer in his place. She not only chastised him, she also gave him a well-deserved slap. Since then, fans have dug up her Instagram page, and given her thanks, so HHV has found some photos of her to share to the masses.

Watch the entire video and see the photos of Krysse Deal below:

More in Hip Hop News
George Floyd’s Family Reportedly Accepts Floyd Mayweather’s Offer To Pay For His Funeral Across Different Cities; The Money Team’s Record Label’s CEO Was Also Close To George
A$AP Rocky Claims He’s Recently Been Protesting For George Floyd Without The Need To Put it on Video; This Is After He Made Comments in 2015 on How He Didn’t Sign Up To Be a “Political Activist” Because He Lives in SoHo and Beverly Hills