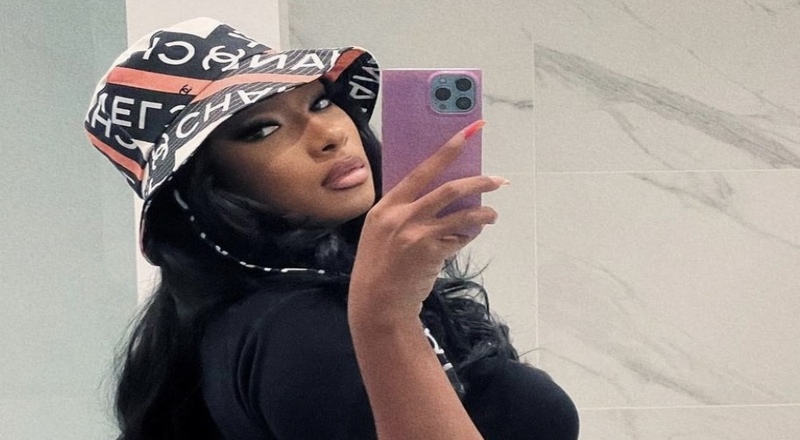 Last week, Megan Thee Stallion delivered her second second of 2022. This was “Pressurelicious,” as also included a huge feature from Future. Megan initially revealed that she had this song recorded, as fans wanted her to release that collaboration ASAP.

Now, Megan has more big news, regarding more new music. She recently took to he Instagram stories to reveal that her upcoming sophomore album is now completed. Megan added that this project is “for the hotties, is honest, it’s me, and it’s real.”s

In addition to this album news, Megan also revealed that she has a song on the way, with fellow Houston native Sauce Walka. Meg posted a photo of herself in the studio, as she said “Ya spill me. [water emojis] @SauceWalka.” Walka has been hot in the Houston hip-hop scene, over the last five years.

The influx of new music from Megan comes three months after she released her first single of 2022. This was “Plan B,” as Meg initially performed that during her Coachella performance, a week before the song’s release date.

Check out Megan Thee Stallion announcing that her upcoming album is finished, as well as her Sauce Walka collaboration, below.