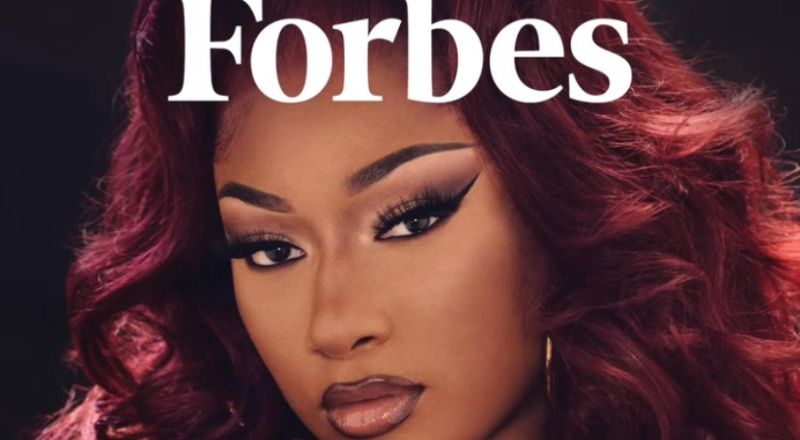 Megan Thee Stallion adds another historic moment to her career. Megan Thee Stallion graces the cover of The Forbes Under 30 Issue, making her the first black women to do so. The special edition goes into detail about Megan’s career including her start in music, her influence and personal obstacles. Another topic mentioned is the legal battle between her and her record label, which she openly speaks about via Twitter.

Megan Thee Stallion is one of the most successful female rappers of all time. Since 2017 Megan has released mixtapes, singles and videos showing the world her talent. Coming from Houston Texas, she gained a massive following in her hometown with singles like “WTF I Want” and “Freak Nasty. “Megan released the single, “Big Ole Freak,” in 2019, earning her first Billboard Hot 100 single. She followed up with the single, “Hot Girl Summer,” featuring Nicki Minaj and Ty Dolla $ign, making her household name in rap. Signing to Roc Nation in 2019 she released several collaborations with artists like Beyonce, Normani and DaBaby.

Although Megan is known for her talent and influence, her personal struggles have found their way to the spotlight also. The legal battles between her previous record label 1501 Certified Entertainment are still underway, with a recent restraining order put into place. Megan is also still dealing with the Tory Lanez shooting as a trial will take place this winter. In the Forbes interview, Megan speaks on what her music means to the culture.

More in Hip Hop News
Boosie gets mistaken for Moneybagg Yo, by a fan in Atlanta [VIDEO]
Judi Jai talks “Baddies,” hosting the “Ruckus in Dutchess” reunion, perfume partnership with Walmart, and more | HHV Exclusive