Home » Hip Hop News » Megan Thee Stallion drives females on Twitter crazy, after Jai Nice video, and they say she can’t even pretend to be a bottom, as ladies say “top me,” begging her to “get the strap” [VIDEO] 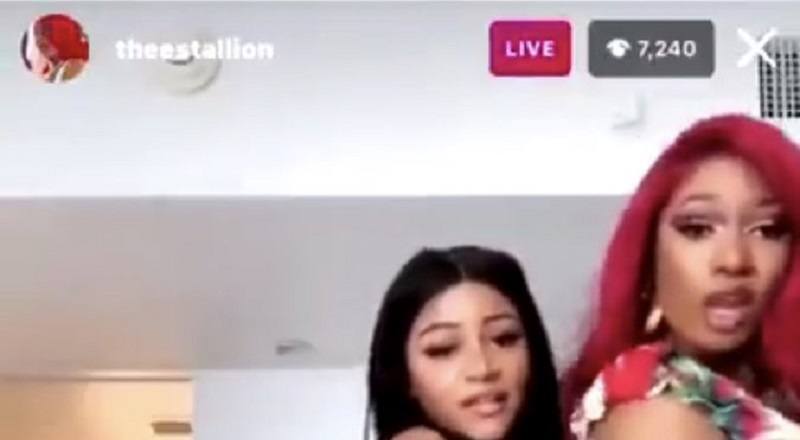 Over the past year, Megan Thee Stallion went from being a relatively unknown local rapper to being a major force in the game. This summer, she owned the radio, as “Hot Girl Summer” became a huge hit. The song followed Meg making the phrase into a household topic.

Megan Thee Stallion built a cult following, with both males and females wanting to get with her. The “stallion” refers to her booty, likely inspired by Kenya Moore’s “Stallion Booty” rivalry with Phaedra Parks’ “Donkey Booty,” from 2013. “Donkey Booty,” itself lends from a Mims record.

But, Meg’s “stallion” has attracted men, while her size has attracted women, including otherwise straight women. This fall, Jai Nice has become a major topic of discussion, dating Gunna. It is this video with her friend, Megan, that has social media going, as they were playing around, but the way Meg flipped Jai, and began holding her had ladies wanting Meg to come do that to them, saying she’s a top, and they’d be her bottom.

More in Hip Hop News
Gervonta Davis aka Tank walks out with Lil Baby [VIDEO]
Female flight attendant on Twitter shares sweet story of Trey Songz tipping her $200 and following her on social media; Woman tweets about the experience, but then deletes her Twitter