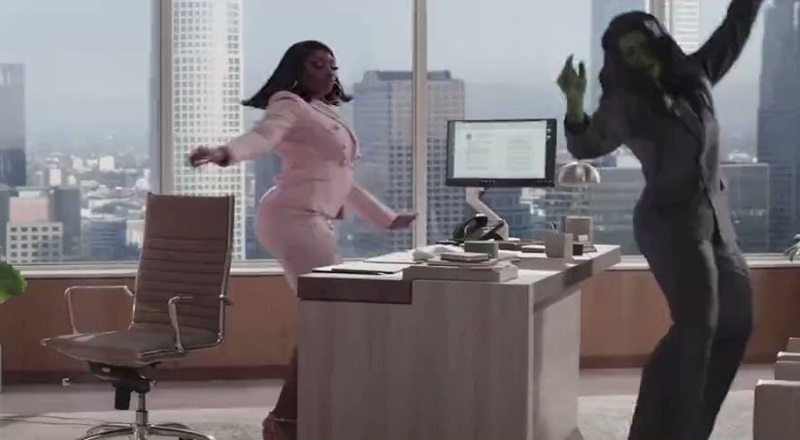 Megan Thee Stallion was still grinding in Houston, only four years ago. After building local buzz, Megan Thee Stallion got signed. In turn, her music began impacting radio, which built her national buzz. After that, Megan signed with 300 Entertainment, leading to her deal with Roc Nation.

Megan Thee Stallion became only the third female rapper to top Billboard Hot 100, in 2020. Early in 2020, Megan’s single, “Savage,” topped the charts. In addition, she landed fellow Houston native, Beyonce, for the remix. In only two years, Megan went from being virtually unknown to taking the spotlight of female rap away from Nicki Minaj and Cardi B.

Megan Thee Stallion made major headlines, when it was revealed that she would star in Marvel’s She Hulk. After dominating music, Megan is getting into acting. Not only is Megan making her film debut, she is making her debut on one of the biggest movie franchises. This morning, the first clip of Megan in She Hulk was shared online. Thus far, Meg has gotten strong reviews in her first major acting role, where she also twerked.