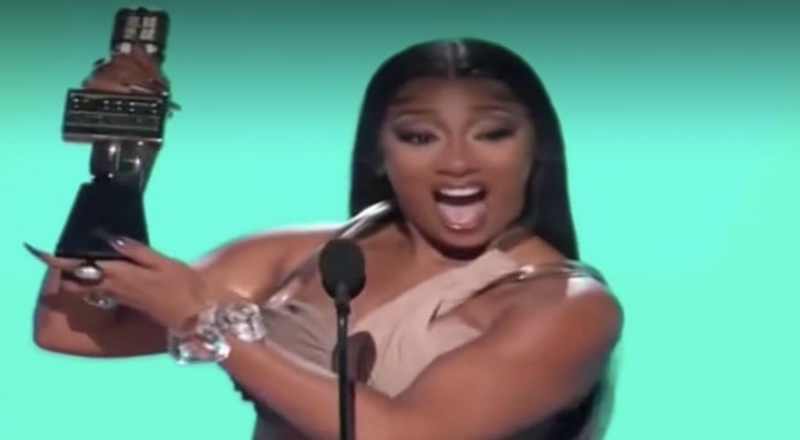 Tonight at the Billboard Music Awards, Megan also took home another piece of hardware. This was for the award of Top Rap Female Artist. This now becomes Megan’s second straight win, in this category, at the BBMAs. This year, Megan edged out Latto and Cardi B, for this award, who’ve both had a huge year, as well.

Last month, Megan released her new “Plan B” single. She initially performed this song at Coachella, a week before the song’s release. She is also expected to perform this record at the BBMAs tonight, as well. Last fall, Megan also put out her new “Something For Thee Hotties” mixtape. Her “Thot S*it” single also still has plenty of buzz, after being released last summer.

Fans also hope that Megan will release her sophomore album at some point, this year. Her debut project, “Good News,” was released back in November 2020.