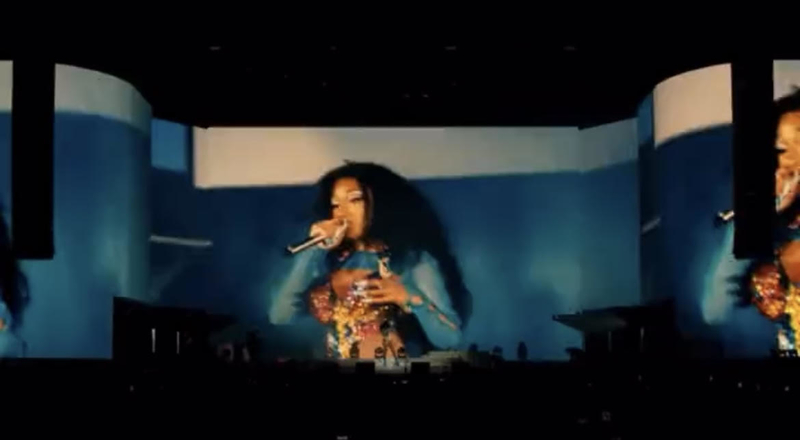 Last night, Megan Thee Stallion was one of the headliners at Coachella. Coachella continues to be one of the biggest festivals in the world, and Megan has definitely qualified to be on that stage. Among the headliners at this year’s Coachella festival in Indio, CA, include Megan, Harry Styles, The Weeknd, Swedish House Mafia, and more. However, Kanye was also supposed to perform, but pulled out of the lineup, over a week before the festival. Weeknd and Swedish House Mafia were the replacements.

Megan performed some of her most popular hit singles at Coachella, and even performed an unreleased record. Fans were impressed by the bars that the Houston rapper delivered. Also, the fans of the H-Town hottie hope that this is will be available on streaming platforms soon. Many even compared to the bars that Megan spit during this performance, to that of the legendary Lil Kim.

Last fall, Megan put out her “Something For Thee Hotties” mixtape, which included some popular freestyles that she’s put out, along with several new records. That summer, Megan also released her “Thot Sh*t” single, which went on to recently score a Grammy nomination for Best Rap Performance.

More in Hip Hop News
Woman reportedly continues to show up at Chris Brown’s LA home
Erica Banks claims that Nicki Minaj works with female rappers who can’t rap, after revealing that she got unfollowed and blocked by Nicki, on Instagram [VIDEO]