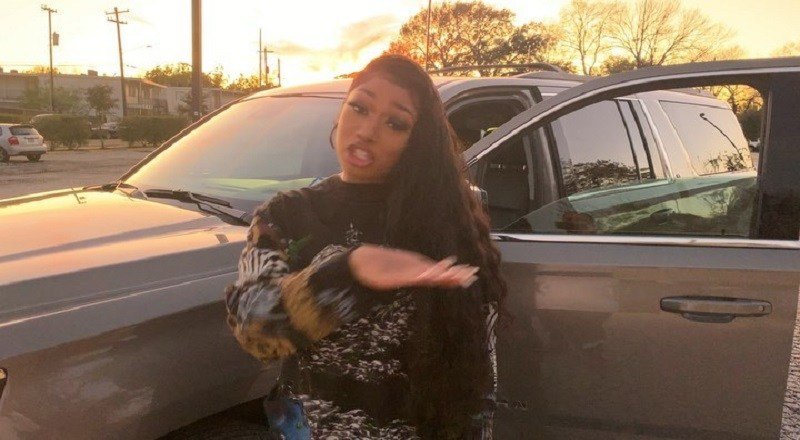 However, Moneybagg Yo later said their relationship was only for show, and he had the same girlfriend for ten years. Now, Moneybagg Yo is rumored to be with Ari, G Herbo’s baby mama, and Gervonta Davis’ ex-girlfriend. The two both attended Fabolous’ party, last night, and after this report hit, Megan Thee Stallion posted the crying laughing emoji, with fans believing it was shade, aimed at her ex(?), and his new girl(?).