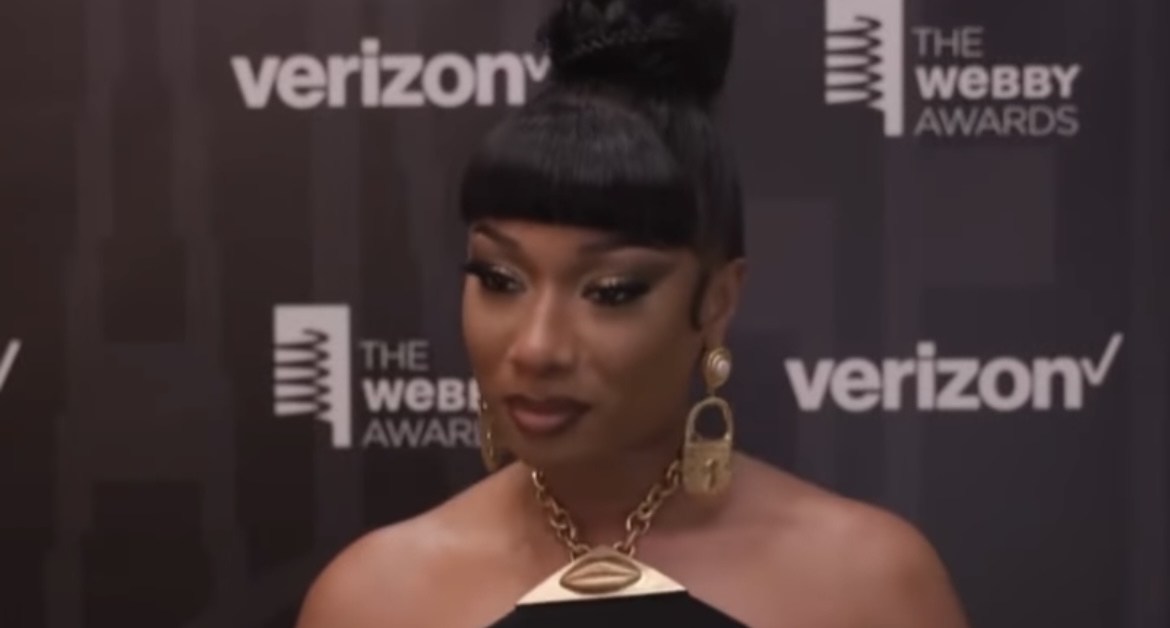 Over the past two weeks, Megan Thee Stallion has been making noise, with her new ”Plan B” single. Megan initially performed this song at Coachella, last month.

Fans have also since been wondering when Megan will released her sophomore album. Her debut album was released back in November 2020, with “Good News.” That saw a number two debut, in the US.

Now, Megan is finally providing more information about this forthcoming album. Last night at the Webby Awards, she took home the award for Webby Artist Of The Year. On the red carpet, Megan also revealed that this sophomore album is 95% done. The official title or exact release date has yet to be revealed, though.

“Anything I want to give away? Actually, I’m probably like 95% done with my new album. I want to tease that for the hotties. I haven’t told them nothing about my album.”

Megan’s last full project was released last fall, which was her “Something For Thee Hotties” mixtape. This contained some of Megan’s popular new freestyles, as well as new hits such as “Megan’s Piano” and the 2022 Grammy-nominated “Thot S*it” single.