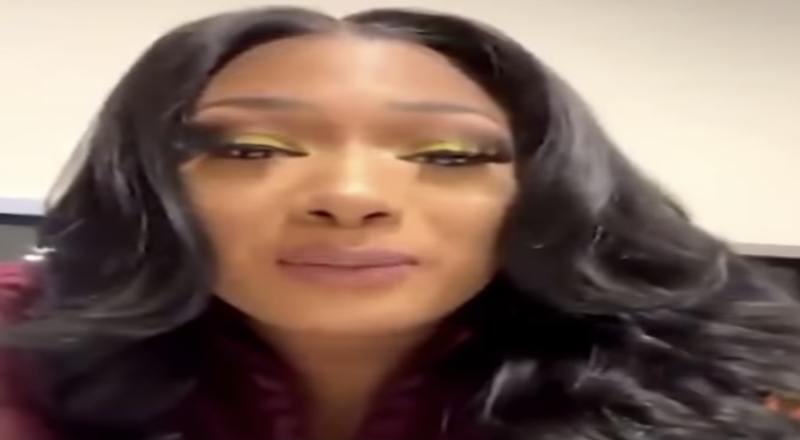 On Thursday, Megan Thee Stallion revealed that her long-awaited debut studio album, ‘Good News,’ will be out on November 20. This is after recently revealing on Twitter that she was two features away from the project being completed.

Megan hinted at City Girls appearing on Good News on Twitter as well and now, there is a star that has been fully confirmed to be on it as well. Megan appeared on Apple Music’s New Music Daily show and said that SZA will be on a track. Juicy J will also be handling the production on this collaboration.

“I’m not gonna lie. My friend SZA– she pulled up on me in the studio because we have a song that’s going to be on my album too and it was so fire making that song with her,” said Megan. “Juicy J produced it and we know I love Juicy J. We got a lot of bangers on the album.”

At the end of 2019, SZA revealed that she and Megan already had their collab recorded. It’s unclear if this is the same one she discussed then, though. SZA said “Now das already cut n recorded.” The anticipation is now real for this upcoming record to be released along with Good News as a whole.

2020 has been a huge year for Megan’s career in general as she had a top 10 project in March with ‘Suga‘ which contained the hit single, “Savage.” The remix became a No. 1 record in April as she enlisted fellow Houston superstar, Beyoncé. She also became part of another No. 1 song in Cardi B’s “WAP” single in August.

More in Album Preview
Trippie Redd gets dragged on Twitter for commenting on Nicki Minaj’s looks, when he called a girl on Twitter the “actually cute Nicki,” calling her looks natural, and the Barbz ask Trippie what he thinks he looks like [VIDEO]
Quando Rondo’s Crew Claims Self-Defense in King Von Shooting; Explains How Von Started The Altercation and Rondo Feeling Bad About How It Happened