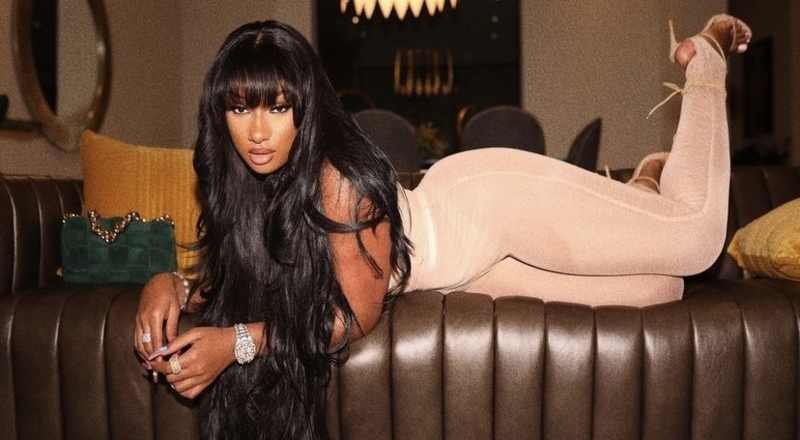 For several months now, there’s been speculation that Megan Thee Stallion is no longer dating Pardison Fontaine. That came after she scrapped many of her Instagram posts, that had Pardi in them. Now, the H-Townn Hottie is putting the rumors to rest.

Megan has now posted an Instagram reel, of many photos and videos of her, in them. In this reel, Pardi’s new “Hoop Earrings” single was playing. This record was originally released in early February. The “If you a Black girl” line of the single kept playing, in Megan’s reel, as fans applauded it. In Megan’s comments, Pardi adored Megan, by saying “God was really on one .. when he made this one.”

Many fans were also surprised to see that Megan and Pardi are in fact, still together. In January, Pardi denied rumors that he was assaulted by Megan when she was drunk, along with rumors that Megan has a drinking issue. In late February, the rapper and songwriter also defended Megan, when more Tory Lanez drama surfaced. Tory had subliminally claimed that Megan has been lying about him shooting her, and also hinted that he had sex with both Megan and her ex-best friend, Kelsey Nicole.

More in Hip Hop News
G Herbo dances to D4L’s “Laffy Taffy” in the mall! [VIDEO]
Kevin Durant walks out as Nets lose to Miami Heat with 3 seconds left on the clocks