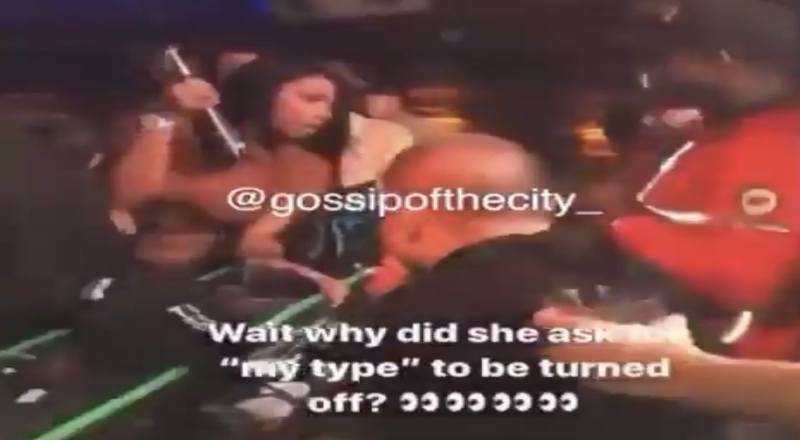 Megan Thee Stallion continues to be one of the hottest rappers in the game but her dating life has been a hot topic throughout 2019 as well. First, she dating Memphis rapper, Moneybagg Yo, but that is apparently over. Tristan Thompson rumors swirled this week but she quickly shut that down. Now, Trey Songz’s name is in the middle of things now after the two have been hanging out at parties a lot lately.

Last night at a club, Megan was with Trey and looked very boo’d up with him. She has yet to confirm if they are officially dating. While they were in that club, Megan looked like she told a DJ to turn off Saweetie’s hit single, ‘My Type.’ This led many people on social media to believe that she had an issue with Saweetie.

Megan took to Twitter again to shut down this speculation as well. She simply said she wanted the DJ to play some of Trey Songz’s music. She wanted to address this before things got out of control and for people to stop trying to make her beef with people.

Check out Megan’s response to the assumed Saweetie beef where she was actually showing love to Trey Songz below.

Before this gets out of control lol what was happening is I kept asking them to play Trey’s songs for his birthday… stop trying to make me beef with people🙄 https://t.co/cucChq0gZA

More in Hip Hop News
Ari rants on social media about people taking shots and fans think she’s talking about Gisselle aka Gigi, over Moneybagg Yo; Twitter says Ari is foul for dealing with her friend’s ex, if she’s really dating him + Gigi says she’s not scared, as fans try and figure Trey and Megan out
Terrell Owens dominates Black Twitter, when he tells Stephen A. Smith that Max Kellerman almost seems blacker than him, after his Colin Kaepernick rant