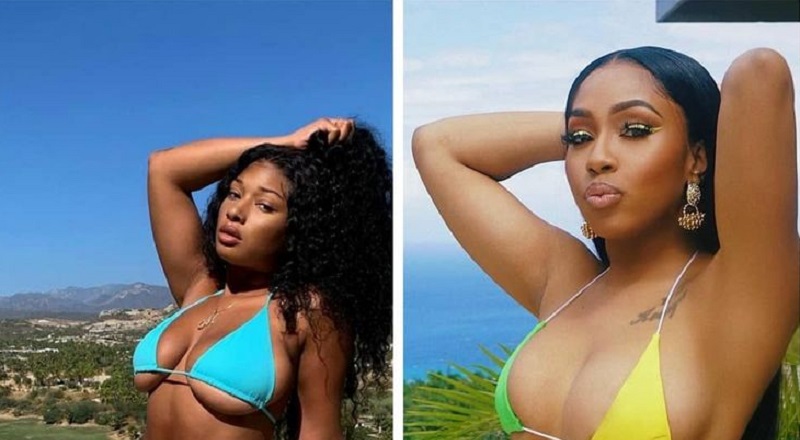 In 2018, the female rap scene forever changed, as Megan Thee Stallion and City Girls rose to prominence. That was the first year, of the “Hot Girl Summer,” and the “City Girls Summer.” There was a debate on who originated the phrase.

For a time, there was a bit of shade between Megan Thee Stallion and City Girls. But, underneath the shade, there appears to be a bit of admiration. Now, with Megan being one of the top five hottest rappers in the game and City Girls also established, there is peace.

Megan Thee Stallion and Yung Miami appear to have a little more than peace going on. Given how they were heating up the Twitter timeline, Pardison and Southside are on the outside looking in. On Twitter, Megan said she wanted to date Yung Miami, tagging her, and then Miami responded, asking Meg “what’s up?”

Read the tweets between Yung Miami and Megan Thee Stallion below:

More in Hip Hop News
DMX fans, and the Ruff Ryders, gather outside of the hospital, in support of X [VIDEO]
Kodak Black and Security Guard Reportedly Shot at in Parking Lot of McDonald’s in Tallahassee; Security Guard Was Hit and is Currently in Stable Condition