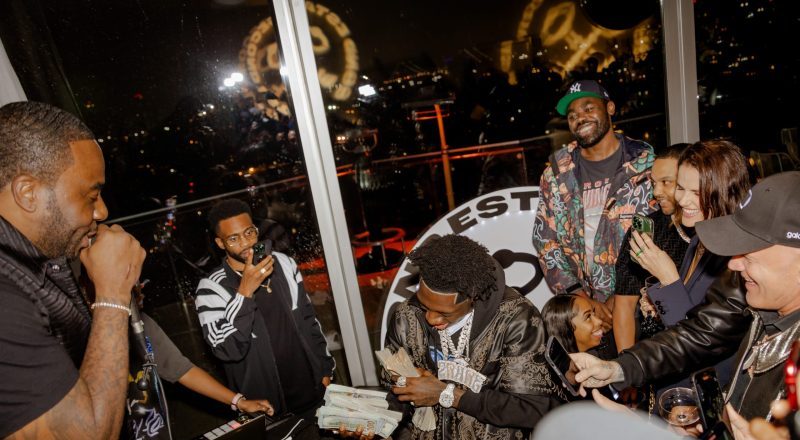 2Rare is also gifted with $250k in a Louis Vuitton bag full of cash after signing with Second Estate.

Music Executive Mel Carter signs 2Rare for $800k on the spot at the Second Estate Records Launch Party before gifting him with $250k in a Louis Vuitton bag full of cash. Over $1million in one night.

The launch party for the label was held at the Standard Hotel, East Village in New York on Saturday evening. Guests enjoyed complimentary food, open bar and music entertainment by Sounds of Reality. The packed out event had a lot of support. Carter’s Bonjangle’s franchise business partner Coach K came out to the event to support along with billionaire Mike Novogratz.

Under the terms of the deal, Warner Records will provide the full spectrum of marketing and distribution services for Second Estate’s artists and recordings. Carter will also serve as a consultant to the A&R team for Warner Records’ wide-ranging artist roster, working closely with Steve Carless (President of A&R) and Karen Kwak (EVP and Head of A&R). For more on Mel Carter, make sure to follow him on Instagram @MelCarter.

More in Hip Hop News
50 Cent’s “The BMF Documentary: Blowing Money Fast,” to air on STARZ, on October 23
Azealia Banks calls out female rappers, for beefing with Cardi B, so they could support Nicki Minaj [VIDEO]