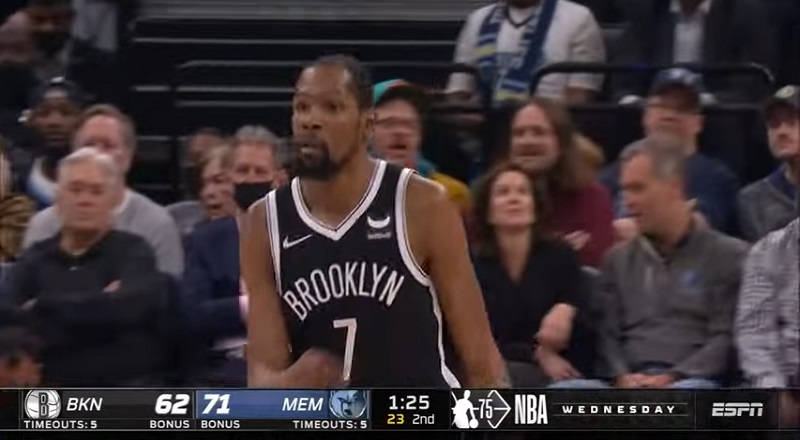 Kevin Durant is a superstar, but if he leaves the Brooklyn Nets, he is on the verge of becoming a journeyman. Depending on how people choose to look at it, KD has played for four teams in fifteen years. As a rookie, Durant played for the Seattle SuperSonics. Of course, Seattle relocated and rebranded as the Oklahoma City Thunder.

Kevin Durant controversially left the Oklahoma City Thunder for the Golden State Warriors in 2016. This came after the Thunder blew a 3-1 lead over the Warriors in the Western Conference Finals. Already, the Warriors had a core centered around Stephen Curry, Klay Thompson, and Draymond Green. With Kevin, it was a “Big 4,” and the Warriors won two titles in three years that Durant played for the team. After a frustrating 2019 season, Kevin Durant joined Kyrie Irving on the Brooklyn Nets.

Kevin Durant is now looking to leave the Nets, who have disappointed each season. Rumors have suggested KD is heading to Phoenix, Miami, or even back to Golden State. This morning, rumors have emerged about the Memphis Grizzlies. Apparently, they have interest in pairing KD and Ja Morant. If this were to happen, Memphis would dethrone the Warriors.