Home » Hip Hop News » Metro Marrs, rising Atlanta rapper, gets thrown out of his graduation for throwing $10,000 in the air, getting arrested [VIDEO] 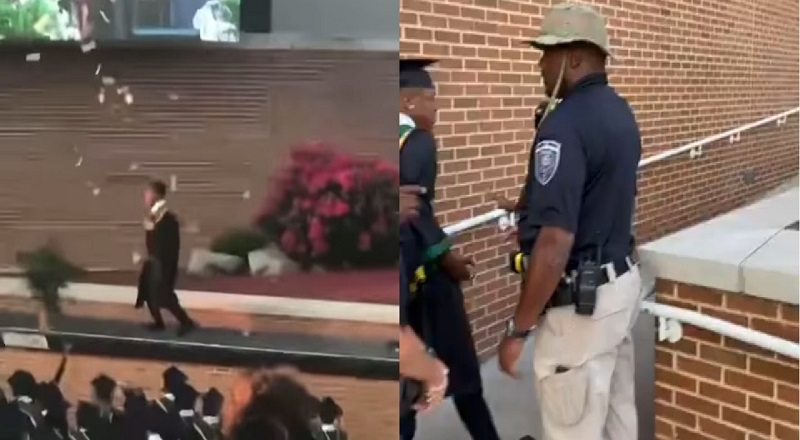 On the low, Metro Marrs has been dominating the game. He is another Atlanta rapper making noise, so Quality Control wasted no time signing him. Despite being a major label artist, Metro Marrs was still in school, pursuing his education.

Metro Marrs, over the past few months, has released several music videos, all of which have done at least 100,000 views. Most of his videos, though, have gone close to 1 million views, or higher. Definitely, there is buzz surrounding his movement.

With this being graduation season, Metro Marrs stole the show. During his graduation, the rapper’s name was called, and he took to the stage in a major way. As he walked on stage, to accept his diploma, Metro Marrs threw $10,000 in cash, leading to him being escorted out of the building, and arrested.

More in Hip Hop News
Sabrina Peterson is Open To Dropping Defamation Lawsuit, That She Filed Against T.I. and Tiny, if They Apologize and Tell The “Truth” About What They Allegedly Did To Peterson Regarding Abusing Her [VIDEO]
Mississippi police officers spark outrage for posing for photo with arrested black man, Eric Boykin, with dogs, after he allegedly robbed a bank