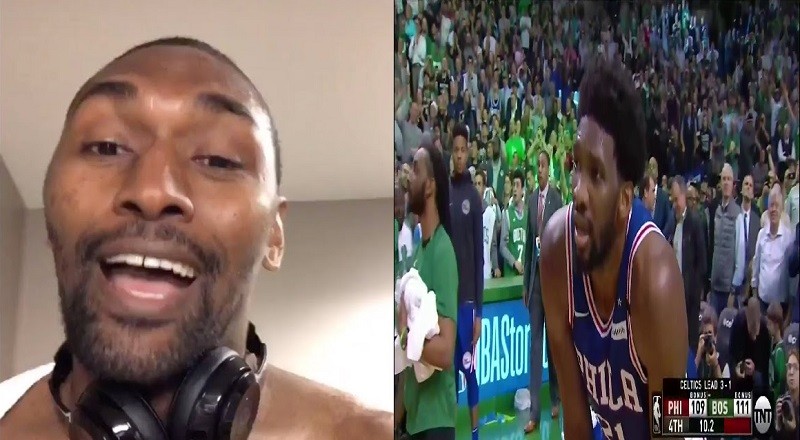 When Metta World Peace was active in the NBA, he was an absolute terror. Not many players can say they actually bullied Ben Wallace, and, actually, Metta can’t say that either. But, Ron Artest can, and he was even giving Kobe Bryant problems.

Even though it’s only been two years since Kobe Bryant retired, the league has changed a lot since he was playing. There is still room for the big man, but it’s the big man like Joel Embiid. His play kept the Sixers in the playoffs.

The Sixers are being built around Ben Simmons, but Joel Embiid was really the star of the playoffs. Some say it’s a fluke and Simmons will rise, while others say Embiid is the Sixers’ true leader. Not going off what others say, Metta World Peace says Joel Embiid is the MVP for this upcoming season.

More in Hip Hop News
Tyga caught a stray in this Nicki Minaj / Safaree beef after Nicki blasts Safaree for getting hair implants, saying he and Tyga went to the same hair doctor, but Safaree’s fell back out, because “God don’t like ugly” + Jessica Dime comes for her over calling VH1 checks “crummy” #LHHATL #LHHNY
Ralph McDaniels tells CLASSIC stories on Jay-Z, Flex, Summer Jam, and Video Music Box on Hot 97 [VIDEO]