Home » Hip Hop News » Michael Jordan says Ja Morant could only cook him some pasta and that he would walk him like the chihuahua he is, after Ja Morant said he would “cook” MJ in one on one 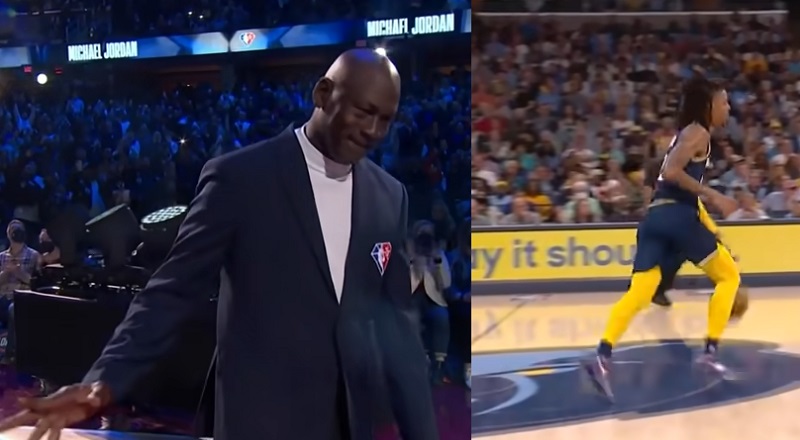 Michael Jordan is widely regarded as the greatest basketball player of all-time. As a result, the sports world has been in search of the “next” Michael Jordan for nearly thirty years. Since the Jordan era, plenty of stars have come and gone.

Michael Jordan is great, but he is also often the butt of jokes. When Jordan cried, during his Hall of Fame speech, he was turned into a meme. Jordan is the majority owner of the Charlotte Hornets. Their reputation as one of the NBA’s worst teams often leads to more Jordan insults.

Michael Jordan is used to being included in memes. At this point, Michael Jordan is also used to the jokes about the Hornets. However, Michael Jordan will never be disrespected, when it comes to basketball. Recently, Ja Morant has come into his own as an NBA superstar. In 2022, Morant had an MVP caliber season, and led the Memphis Grizzlies to their best ever season. During an interview, Ja Morant said he would “cook” MJ in one-on-one. As a result, Jordan responded, asking what he would cook, a pasta. After that, Jordan said he would walk the Grizzlies’ star like the chihuahua he is.

More in Hip Hop News
Cardi B tells The Shade Room to delete their post on her daughter’s birthday and claims they blocked her from messaging them; The Shade Room asks for her defamation lawyer’s phone number
Nicki Minaj trends on Twitter for partying with Lil Baby after Wireless Fest; Fans say Nicki clubbing is a vibe