Home » Hip Hop News » Michael Jordan is inspiring even more memes, as Twitter is roasting him for his “The ceiling is the roof” comment during speech at #UNCvsDuke game 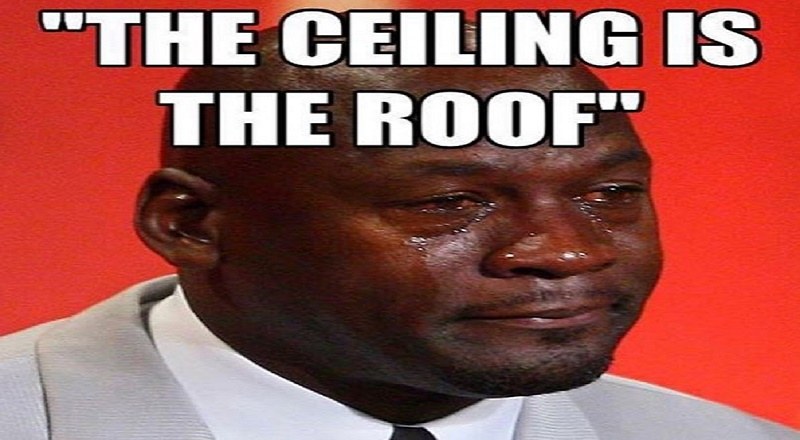 They won’t let Michael Jordan breathe, out here, at all yo. He returned to his college home, UNC, for their game against Duke, where he announced a new partnership. UNC’s football program has partnered with the Jordan Brand for their uniforms and attire.

Michael Jordan delivered a speech during halftime, where he announced this. Due to his legacy and his career first gaining shine, there, he gave a speech. But, since 2009, Michael Jordan has become a favorite internet joke, anyway.

When Michael Jordan was inducted into the Hall of Fame, he cried, and the internet hasn’t let it go. Now, he has added to it, with this speech he gave. He said “The ceiling is the roof” and Twitter is taking this one, too, and running with it.

More in Hip Hop News
Karlie Redd and Ceaser from #BlackInkCrew are an item? Video surfaces of them hugged up at #BlackInkATL event #LHHATL [VIDEO]
Akbar V, a rising female artist, shares videos on her Instagram of her and Young Thug getting into a PHYSICAL altercation [VIDEO]