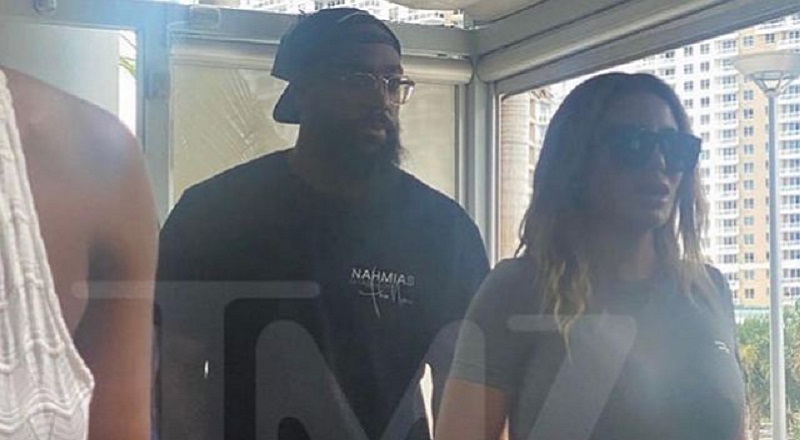 Michael Jordan’s son was seen out with Larsa Pippen

Michael Jordan and Scottie Pippen built one of the greatest dynasties in sports history. When they were not winning championships, they were building families. Obviously, Michael Jordan received more attention than Scottie Pippen. Years later, Pippen expressed how much this angered him, after “The Last Dance” aired.

Michael Jordan’s son, Marcus and Jeffrey Jordan, briefly commanded the spotlight. When Jordan was playing with the Washington Wizards, his sons launched basketball careers. In Marcus Jordan’s case, he played college basketball. However, the younger Jordan decided he did not want to pursue a career in basketball. After all, he was going to have huge shoes to fill.

Michael Jordan and Scottie Pippen both dealt with their personal lives being displayed in front of the public eye. Scottie’s wife, Larsa, began making headlines when her friendship with Kim Kardashian became evident. After that, there were rumors of Scottie and Larsa having marital issues. In addition, Future hinted to having an affair with her. As a result, Scottie and Larsa Pippen divorced. Now, Larsa has been spotted with Marcus Jordan on what appears to be a date.

Michael Jordan’s son was seen out with Larsa Pippen