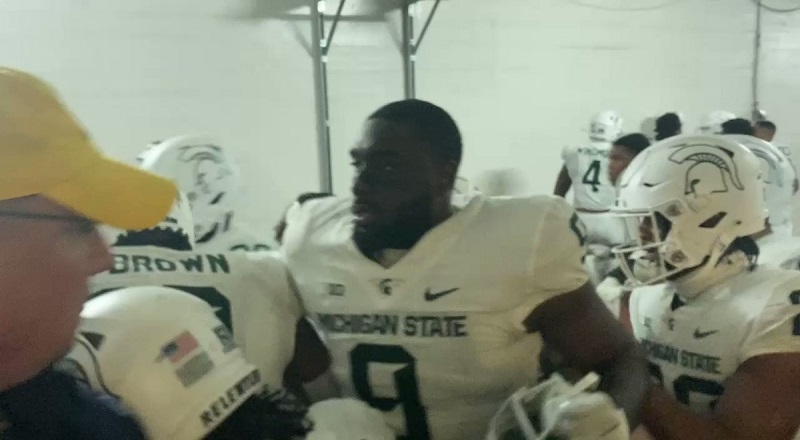 College football is one of the most heated sports. The fans seem to always go overboard with the results of the games. By nature, all of organized sports are this way. Both the players and the fans, alike, have heightened passions as their teams are trying to win. Increasingly, sore losers have been a problem. Normally, it’s just the fans, but this time it’s the players, too.

After the game, Michigan State University and the University of Michigan’s players had to exit through the same tunnel. As a result, the situation wound up getting very violent very fast. There was a major altercation that took place. Almost all of the Michigan State players ended up jumping on Ja’Den McBurrows. While he was getting out of the way, Ja’Den McBurrows definitely held his own. Afterward, the people criticized MSU for what they did to him.

More in Hip Hop News
Diddy runs into Tyler, The Creator while dressed as The Joker for Halloween [VIDEO]
Barack Obama flirts with a woman who tells him he’s “finer than a MFer” during a rally [VIDEO]