Home » Hip Hop News » Migos Call XXXTentacion a “Legend,” and Deny Any Involvement, in X Being Attacked, in 2017 [VIDEO] 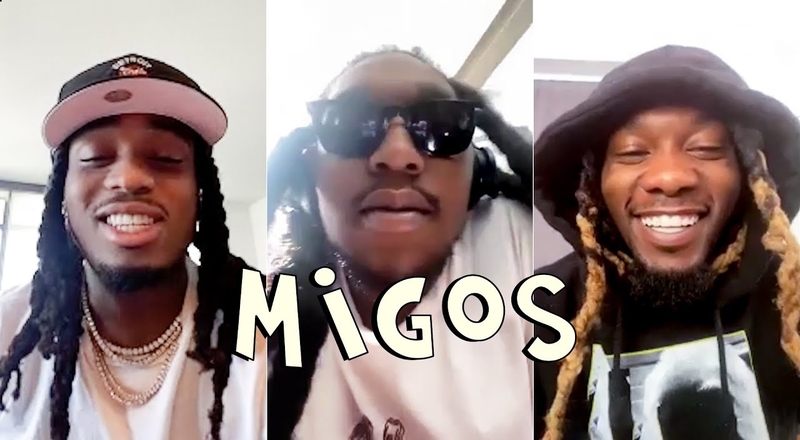 It’s been over three years now, since Florida rapper, XXXTentacion, was shot and killed. At the time, he was leaving a motorcycle dealership, in Deerfield Beach, FL. To this day, X’s fans still stream his music heavily, as he released four studio albums, as the last two were done, posthumously.

In 2017, X also made headlines, as it was rumored that he was jumped by Migos. Security footage ended up proving that the suspects were not the Atlanta trio. Two men were ruled to be who attacked X. They were also spotted with “Migo Gang” chains, but didn’t have any affiliation to Migos.

Now, Migos recently spoke on the late Florida rapper, in a new interview with Montreality. There, they praised X as a great artist, and even as a legend. Migos also emphasized that they don’t understand how people assumed that they were who attacked X.

“X is a great artist, X is a legend, ain’t no bad blood with X. don’t know where they get that from, social media is crazy. It’s all love man. He ain’t here right now to speak on none of us, so we just gon’ leave it at that. RIP, rest his soul, for real.”

It’s great that Migos praised XXXTentacion the way they did, as well as reaffirming that there were no issues with him. X’s legacy definitely continues to live on, in the industry, to this day.

Check out Migos speaking on XXXTentacion, below.

Continue Reading
You may also like...
Related Topics:featured, migos, xxxtentacion