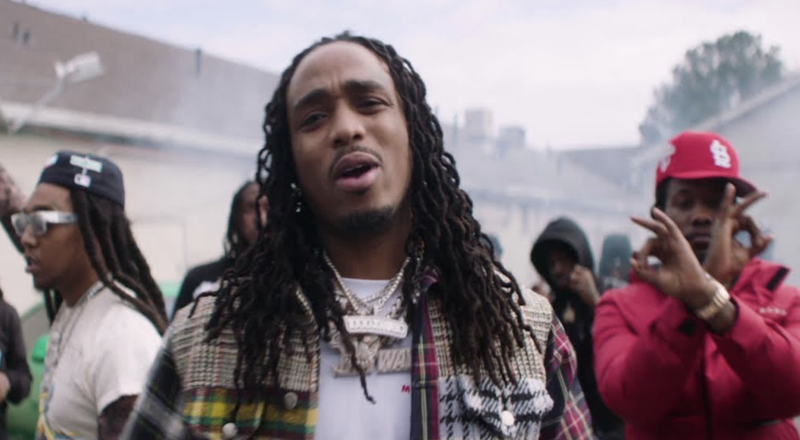 In late March rumors surfaced that Migos beat up popular Instagram meme comedian, Justin LaBoy. LaBoy’s meme posts frequently go viral, as he has 3.5 million followers, and his own “Respectfully Justin” podcast on REVOLT.  Migos never spoke on the alleged incident, and neither did LaBoy.

In a new interview with The Morning Hustle, Migos were finally asked about the rumor surrounding LaBoy. There, they denied this happening or even knowing about the rumor.

“Yeah, nothing but a bit of straightening,” said Quavo. “Yeah, we don’t know nothing about the other situation.”

Offset also ended up looking at Quavo after the reply, which was a humorous moment. Many users on social media wondered if that was a form of reply regarding the LaBoy situation as well.

The past week has been a huge one for Migos, overall. On June 11, the trio finally put out their highly anticipated “Culture III” album. This project was led by singles such as “Straightenin” and “Avalanche.” This album included star-studded appearances from Justin Bieber, Future Cardi B, Drake, the late Pop Smoke, and more. Culture III is also expected to debut at number two on the Billboard 200 chart, right behind Polo G’s “Hall Of Fame” album.

More in Hip Hop News
Dr. Dre tells black men to keep an eye on their blood pressure, following his brain aneurysm
Tommie gets into a fight, with Brittney Taylor, during Trina’s #Verzuz afterparty