Home » Hip Hop News » Migos reportedly backed out of upcoming Governors Ball performance, due to Quavo filming movie, and not the group allegedly breaking up 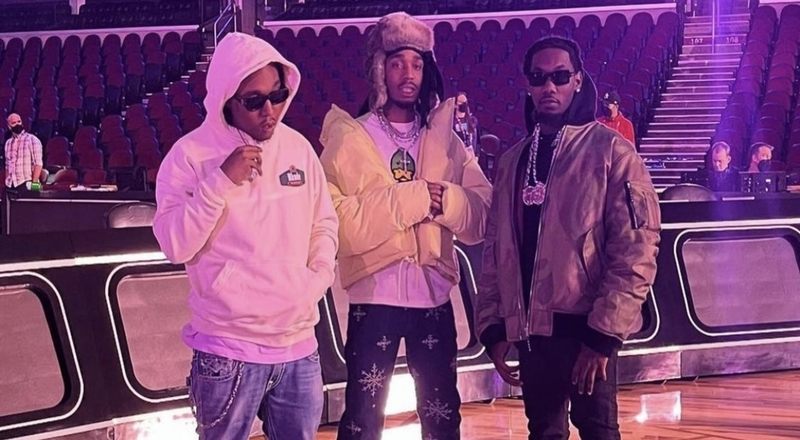 Last month, Migos breakup rumors fueled heavily. That came after Quavo and Takeoff released a new song together, without Offset. This was their “Hotel Lobby” single, as it was released under their Unc & Phew name. Hotel Lobby is currently number 72, on the Billboard Hot 100 chart.

The week of Hotel Lobby’s release, Offset also unfollowed Quavo and Takeoff, on Instagram. That led to speculation that Migos may not longer be a group, anymore. Migos’ performance at the Governors Ball, this fall, also isn’t happening. They’re now being replaced by Lil Wayne.

Migos not performing at Governors Ball also has many assuming that they’re done, as a group. According to TMZ though, a rep for Migos says that they dropped out of the lineup due to Quavo filming a movie. This appears to be his “Takeover” film. Governors Ball festival will take place from June 10-12, at Citi Field, in Queens, NY.

Migos have been one of the biggest groups in hip-hop, over the past decade. They initially became stars in the summer of 2013, with the massive success of their breakout hit single, “Versace.” The remix went on to feature Drake. Migos started to achieve major superstardom in 2016, with their “Bad & Boujee” single with Lil Uzi Vert, and at the start of 2017, with their debut studio album, “Culture.”

More in Hip Hop News
Jojo Zarur spotted holding hands with Kevin Gates and posts him on her IG Story [VIDEO]
Chaney Jones wishes Kanye West a happy birthday and says she loves him, after rumors of him breaking up with her, and going to movies with Only Fans model Monica Corgan