Home » Hip Hop News » Migos Say GRAMMYs Are Overrated, Are Focusing on BET Awards, and Claim That Their New “Culture III” Project is The Album of The Year [VIDEO] 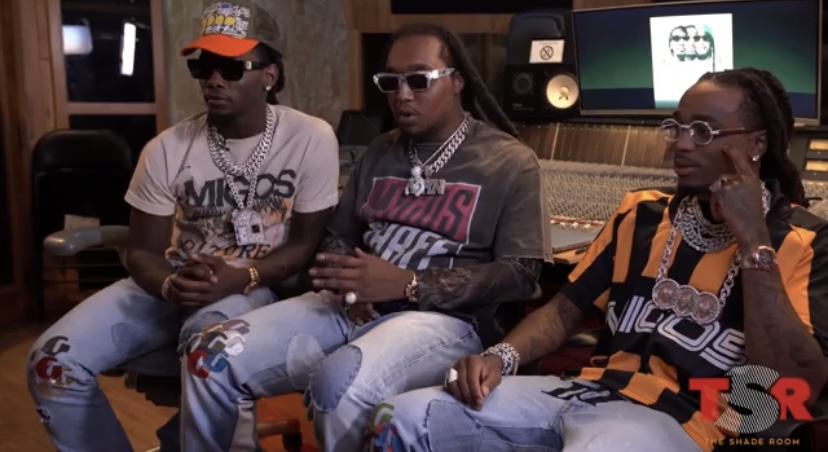 A week ago, Migos delivered their highly-anticipated “Culture III” album. This marked their first album since January 2018’s “Culture II.” The third installment is now the No. 2 album in the US, with 138,000 units sold in its first week, behind Polo G’s “Hall Of Fame” project.

Yesterday, Migos also put out the deluxe edition to Culture III already, which contained five additional tracks. Now, the Atlanta trio recently spoke with RheÌlin T and Buzy Baker of The Shade Room, regarding the album, and them being deserving of awards.

For Grammy talks, Migos aren’t stressing about it much. They think that artists who deserve those awards, commonly get snubbed. They actually believe that for them, they’ll be emphasizing the BET Awards heavier. Takeoff even said the GRAMMYs are overrated.

“I feel like its overrated, oversaturated. I feel like they be bringing artists there, great artists, and we put our hard work, blood, sweat, and tears into our body of work just to crush our feelings.”

Quavo then jumped in, and explained how the BET Awards and creating their own awards is more important.

“We need to create our own awards and platforms that mess with the artists. It’ll mean more to us ’cause we can appreciate it. I just think we need put all our power into the BET Awards because the BET Awards really mean something.”

Culture III definitely met expectations based on the numbers and fan reactions. I’ll definitely be interesting to see if this project scores any award nominations and wins as well.

Check out Migos speaking with The Shade Room below.