Home » Hip Hop News » Milano Rouge, Meek Mill’s alleged girlfriend, is pregnant, and Twitter is questioning if Meek is the baby daddy, or not, with fans saying it’d be funny if she wasn’t pregnant for him, because people speculate, and also Nicki Minaj is brought up [VIDEO] 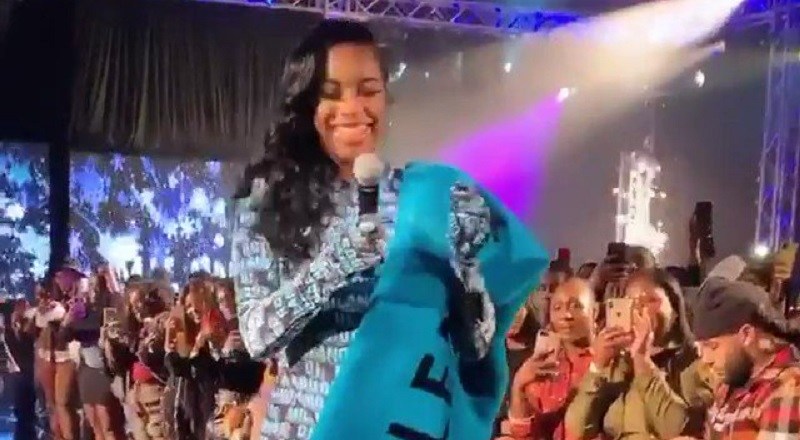 Since his split from Nicki Minaj, Meek Mill has kept his romances out of the public eye. Often, there are rumors about who he’s dating, but Meek never says a word. In his many interviews, Meek Mill has mentioned that he won’t do another relationship in a public manner.

However, since the beginning of 2019, Meek Mill and Milano Rouge, a local Philly businesswoman, have been rumored to be dating. Meek and Milano definitely are friends, though. Desperate fans assumed they were dating, when Meek blasted thieves for robbing her store.

During a recent runway event, Milano made a huge announcement, without saying a word. All she did was unveil her stomach, revealing her pregnancy. Now, Twitter is speculating, trying to figure out whether or not Meek Mill is the baby daddy, as this should confirm their relationship.

More in Hip Hop News
Tekashi 6ix9ine Ordered To Enroll in Mental Health Program and Cooperate With U.S Attorney’s Office in Any Investigation Asked By Them After His Release From Prison at The End of 2020
DaBaby shuts down Twitter with an explicit video of his privates leaking that people are saying is him, but his face isn’t shown and it doesn’t matter because the ladies are thirsting, finding out why he’s trending