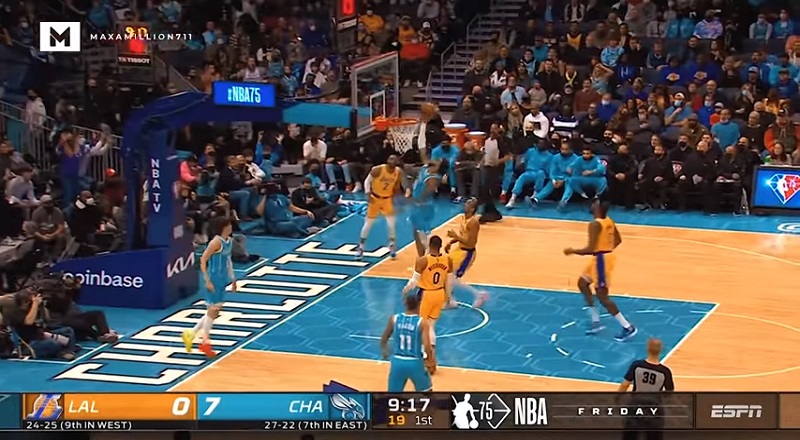 Miles Bridges is one of the most sought after free agents, this offseason. In addition to playing in the NBA, Miles Bridges also raps. On one of his friends’ IG posts, he has a photo of Bridges. The caption reads “if Charlotte don’t drop the bag, we goin to the Pistons.”

Miles Bridges came into his own, during the 2021-22 season. Playing his second season with LaMelo Ball, Bridges formed a duo with him. At times, the Hornets played like real contenders. However, Charlotte is a young team, so they finished outside of the playoff picture. In the postseason, the Hornets lost to the Atlanta Hawks.

Miles Bridges’ free agency has had Charlotte Hornets’ fans worried. This offseason has been terrible for fans of the Hornets. After losing to the Hawks, the Hornets fired their coach. As a result, the Hornets hired the Golden State Warriors’ assistant coach, Kenny Atkinson. After the Warriors won the title, Atkinson said he changed his mind, due to family issues. Fans widely expected Mike D’Antoni to be hired by the Hornets, who instead brought in their former coach, Steve Clifford. This left fans disappointed.

More in Hip Hop News
Drake and NBA Youngboy are the top two most streamed artists in the US, in 2022, so far
Lil Wayne celebrates 18th anniversary of “Tha Carter” album