Home » Hip Hop News » Missy Elliott brought Alyson Stoner back out to dance for her, once again, and she owned Twitter, over a decade after being the little girl in all her videos #VMAs #MTVVMAs 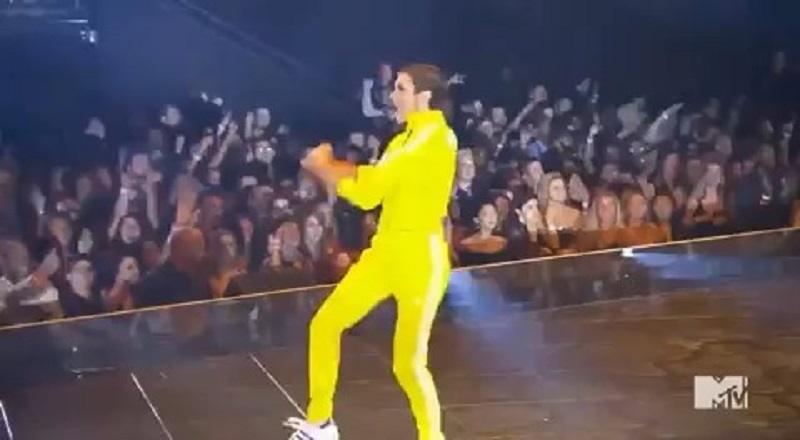 The world remembers the little girl who used to dance in most of the videos Missy Elliott put out, “Work It” being most-prominent. Aside from the Missy videos, Alyson Stoner also was a Disney Channel star. The current adults may also know her as ‘Sally’ from “Mike and Sally.”

Alyson Stoner played the little sister to Michael Alan Johnson’s Mike on the advertisement short, “Mike’s Super Short Show.” That series ran from 2002-2007. During that span of time, Missy Elliott was also one of the biggest names in music.

Tonight, though, it wasn’t about Alyson Stoner’s Disney days. It was about when Missy Elliott made her hip hop. All grown up, now, the fans on Twitter saw Alyson Stoner still had it, and they had no choice but to give “the little girl in the Missy Elliott videos” her props.

Read the tweets about Alyson Stoner below:

More in Hip Hop News
Lil Nas X won Song of the Year for “Old Town Road” with Billy Ray Cyrus and Hip Hop Twitter said he better win, but laughed when Nicki’s “Megatron” played after #VMAs #MTVVMAs
Queen Latifah was giving vibes all night long, celebrating Lizzo, and fans were here for her and Eboni, but when she rode out on the bike, she won the #VMAs on Twitter #MTVVMAs