Home » Hip Hop News » Moneybagg Yo clowns Garcelle Beauvais for being against Ari buying him land, saying “not Fancy hating on my gift 😂” 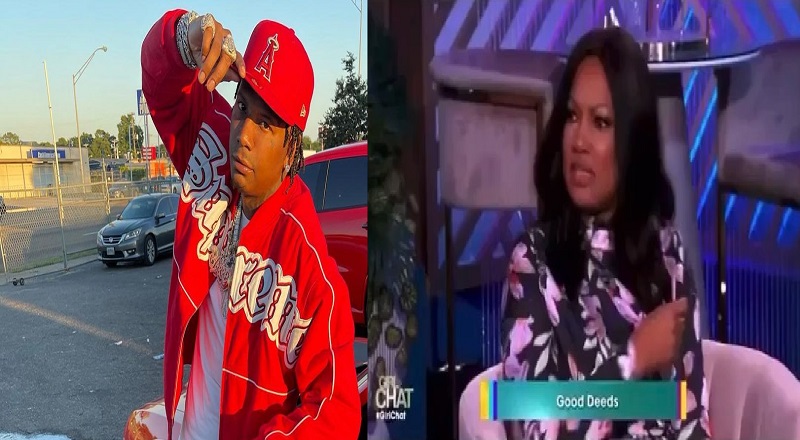 When Ari bought Moneybagg Yo the 28.8 acres of land, for his birthday, it immediately garnered mixed reviews. But, many commended Ari’s ambition. On “The Real,” the ladies questioned single people acting married, with Garcelle Beauvais being against Ari buying Bagg the land.

Outspoken, Ari dragged Garcelle Beauvais, as soon as she learned what she said. While Ari and Moneybagg Yo are not married, they have been dating for nearly two years. Clearly, they are a serious couple, as they have been together for this long.

Moneybagg Yo responded to Garcelle Beauvais criticizing Ari for buying him 28.8 acres of land. Bagg, however, brought a sense of humor with him, in the response. Already, fans know Moneybagg is up on his sitcom game, so he called Garcelle “Fancy,” referencing her role on “The Jamie Foxx Show,” saying “not Fancy hating on my gift.”

Continue Reading
You may also like...
Related Topics:ari, featured, garcelle beauvais, moneybagg yo, the jamie foxx show, the real, the wb

More in Hip Hop News
Kelly Price is trending on Twitter, following her disappearance, and she was never missing
Jada Pinkett Smith and Willow Smith Reveal That They Both Thought About Getting BBLs