Home » Hip Hop News » Moneybagg Yo Denies That He and GF, Ari Fletcher, Were Targeted in Las Vegas Shooting Last Night While Celebrating His Birthday [VIDEO] 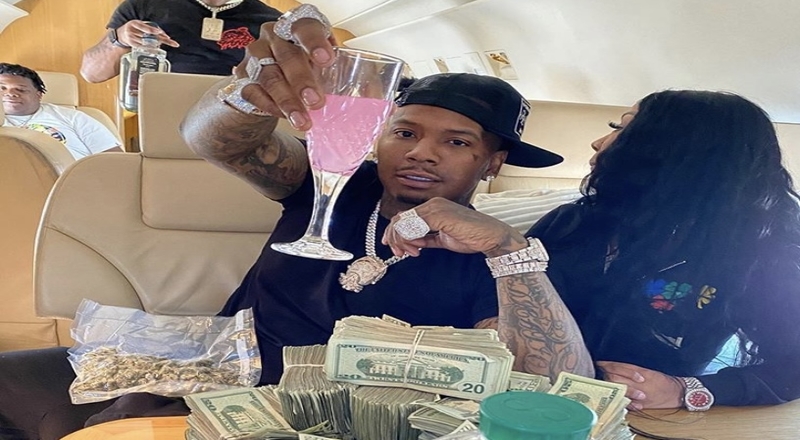 Last night in Las Vegas, Moneybagg Yo and his girlfriend, Ari Fletcher, were celebrating his birthday in the city. Fletcher got Yo a new 2020 Maybach and the night seemed amazing. Things got a bit crazy though as the couple and their crew left the Aria Resort and Casino and that’s when shots were fired off.

Yo and Fletcher were rumored to have been the targets but now, the CMG rapper is denying that this was the case. While on Instagram Live in the Maybach, he said “Shot at who? Ain’t no motherf***er shot at us.” According to TMZ, law enforcement says that a group of people nearby at the valet got into an argument and that’s when shots were fired.

One woman ended up being grazed by a bullet and was treated at a local hospital. The investigation is currently ongoing as no suspects have been arrested. This comes almost a week after Moneybagg released the collab album, “Code Red,” with CMG lbel mate, Blac Youngsta.

Ari got moneybagg a 2020 MAYBACH ‼️
Don’t play with that girl she is not one of them ‼️🥵🥳 pic.twitter.com/h1KkqSlXTd

Continue Reading
You may also like...
Related Topics:Ari Fletcher, las vegas, moneybagg yo