Home » Hip Hop News » Moneybagg Yo is Looking To Collaborate With Ariana Grande After He Scored His First No. 1 Album Today 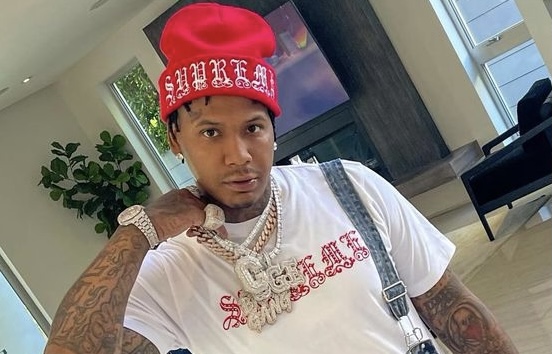 Moneybagg Yo secured his first No. 1 album today with this “A Gangsta’s Pain” project. This was released a week ago and headlined by singles such as “Time Today” and “Hard For The Next” feat. Future. The Memphis rapper also secured other collabs on the album with Jhené Aiko, Lil Durk, and more.

Moneybagg sold 111,000 units in total for this album in its first week and he is looking to make even more progress in his career. This afternoon on Twitter, he revealed that he’d like to collaborate with pop superstar, Ariana Grande. The Memphis native said “I need Ariana Grande on a song🤯🔥.”

Moneybagg’s fans agreed with him as Ariana has collaborated with plenty of rappers lately. This includes Megan Thee Stallion, 2 Chainz, the late Mac Miller, who was also her ex-boyfriend. Based on the success that Moneybagg’s been having, a collab with Ariana may not be too far off from happening soon.

More in Hip Hop News
Moneybagg Yo Earns First No. 1 Album With “A Gangsta’s Pain”
Travis Scott Announces Return of Astroworld Festival, To Hometown of Houston, Coming in November