Home » Hip Hop News » Moneybagg Yo Says He Received His First $200,000 Booking For a Show as He is Also Nearing His First Number One Album 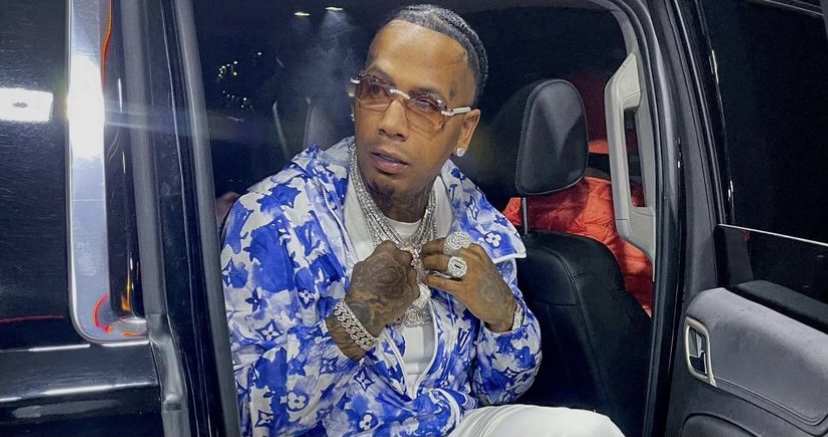 Moneybagg Yo remains one of the hottest rappers in the game for sure as well as one of the consistent. Last week, he released his fourth studio album, “A Gangsta’s Pain,” which has since received many positive feedback by fans. 22 tracks were included with lead singles being “Time Today,” “Hard For The Next” feat. Future, and “GO!” feat. Big 30.

Moneybagg is also in high demand right now for concerts. Today on Twitter, the Memphis rapper revealed that his price is definitely going up and there’s a new rate for his shows. That number is now $200,000, as he locked in his first ever show at that rate.

“Locked in my first $200k for a show this morning,” said Moneybagg on his Twitter feed. “It’s stuck there!!”

Bagg is also coming off of a huge 2020 where he released two projects that year. That January saw him put out his “Time Served” album that January, which debuted at No. 3 on the Billboard 200 chart and went gold. In September, he released his “Code Red” album with CMG label mate and fellow Memphis native, Blac Youngsta. The new “A Gangsta’s Pain” album is currently on pace to become Bagg’s first ever No. 1 album.

Continue Reading
You may also like...
Related Topics:featured, moneybagg yo

More in Hip Hop News
Joseline is being trashed by Twitter, for blasting the girl, in “Joseline’s Cabaret,” for having an abortion, when she also had one [VIDEO]
#MJInnocent: Taj Jackson and Michael Jackson’s fans celebrate all of the “Leaving Neverland” allegations and charges, against the late pop icon being dismissed #LeavingNeverland