Home » Hip Hop News » Moniece confirms the longtime rumors of Lil Fizz and Apryl Jones dating, when she tells people the man in her IG pic is not Fizz, and that he’s in Chicago with Apryl and her kids with Omarion #LHHH [PHOTO] 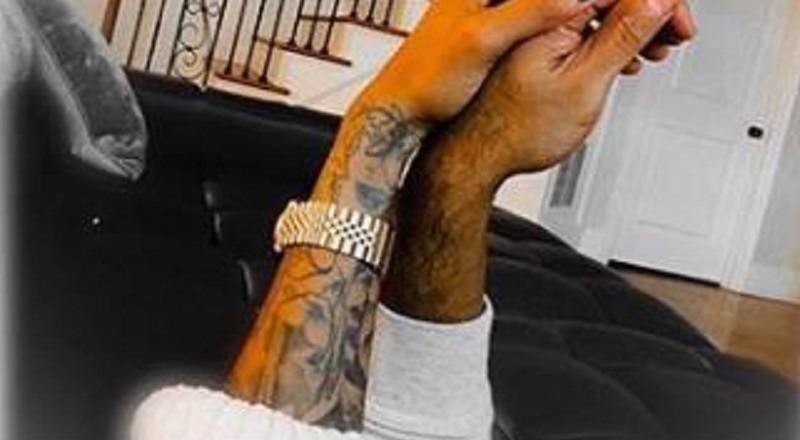 Being on reality TV for five seasons, Moniece has built a devoted fan base. Her time on “Love & Hip Hop Hollywood” has seen her become a polarized figure. She was introduced as Lil Fizz’s baby mama and the two were odd co-parents.

Lil Fizz and Moniece were close, but often argued with each other. Still, when it counted, Fizz sided with Moniece, even after her own mother pushed for Fizz to take custody of their child. Fizz, meanwhile, faced some dating rumors.

Last year, Lil Fizz was rumored to have dated Nia Riley, something she confirmed on “Marriage Boot Camp.” Early this year, there were rumors of Fizz dating Apryl Jones, Omarion’s ex. Those rumors quickly disappeared, when she didn’t do the show with him, but Moniece shared the above IG post and when fans guessed it was Fizz, she told them he’s with Apryl in Chicago with the kids.

More in Hip Hop News
Apryl Jones exposes Omarion, saying they were never “goals,” that he served her with papers on Mothers’ Day, he refuses to talk to her, and she has protected him for three years, but won’t anymore #LHHH [VIDEO]
Moniece explains her “Fizz is in Chicago with Apryl and the kids” IG comment, saying she wasn’t trying to be shady, and that she likes Apryl, but it was impossible to be Fizz’s arm, since he and Apryl are in Chicago #LHHH [VIDEO]