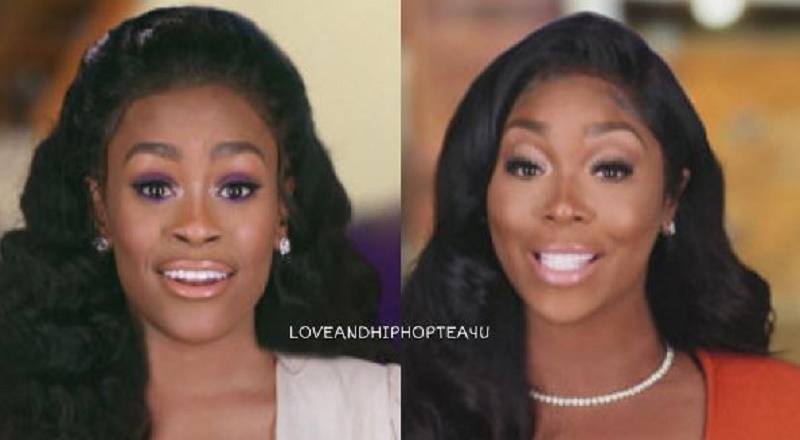 Last week, on “Love & Hip Hop Atlanta,” the tables definitely turned, big time. Several new people were introduced in support of Lovely Mimi, who is billed “Cardi B South.” Among her supporting people are her nail shop bosses, Moriah and Sierra.

Moriah is Sierra’s assistant and she hired Lovely Mimi, due to her social media presence. However, Lovely Mimi and Sierra clashed immediately and often, before Mimi quit on her. Prior to then, Moriah had Sierra go out clubbing with Lovely Mimi.

Then, on last week’s episode, Moriah revealed she was carrying on an affair with Shooter, Sierra’s husband. Already, Moriah and her friend, Treasure, revealed they were sleeping with married men, causing a fight with Tommie. After all of this about Moriah and Shooter came out, Sierra and Moriah began trading shots on Instagram.

Read Moriah and Sierra’s comments below:

More in Hip Hop News
Remy Ma has to finish lyrics to a Nicki Minaj song on #HipHopSquares [VIDEO]
Tyrese and Ludacris talk “The Fate of the Furious,” Bill O’Reilly drama, Pepsi controversy, black women, and more with #TheBreakfastClub [VIDEO]