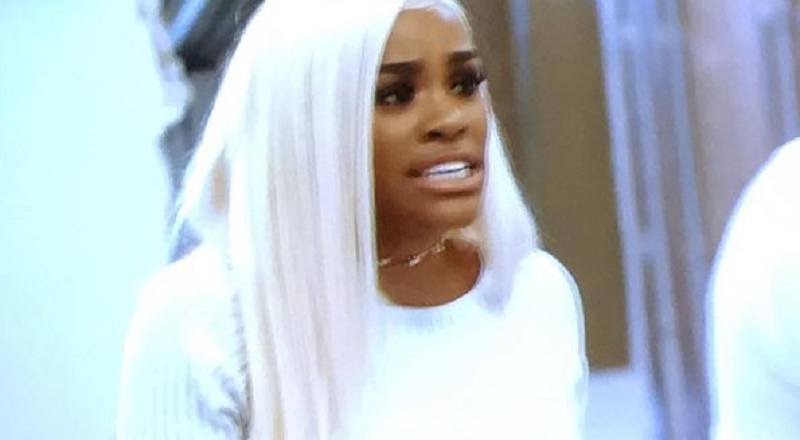 Last week, during the previews of tonight’s “Love & Hip Hop Atlanta,” a scene showed Moriah talking to Lovely Mimi. In the scene, it showed her telling Lovely Mimi that Moriah is sleeping with Shooter. For those who need to catch up, Shooter is Sierra’s husband.

Moriah, Lovely Mimi, Sierra, and Shooter are all new additions to the show. Off the bat, Lovely Mimi is friends with Tommie, who openly hates both Treasure and Moriah for sleeping with married men. This is something Lovely Mimi isn’t fond of, either.

During Joseline’s video shoot, Lovely Mimi told Sierra about Moriah sleeping with Shooter. This caused a big scene, but this season has already seen several fights. But, Moriah’s secret coming out is something Twitter was here for, because they felt like Moriah was doing too much, anyway.

More in Hip Hop News
Jessica Dime is giving #LHHATL fans life, this season, they love her and how real AF she is, according to Twitter + Fans can’t wait for Dime vs. Tommie fight
50 Cent punches a female fan in the chest after she grabs him and then invites her to twerk onstage [VIDEO]