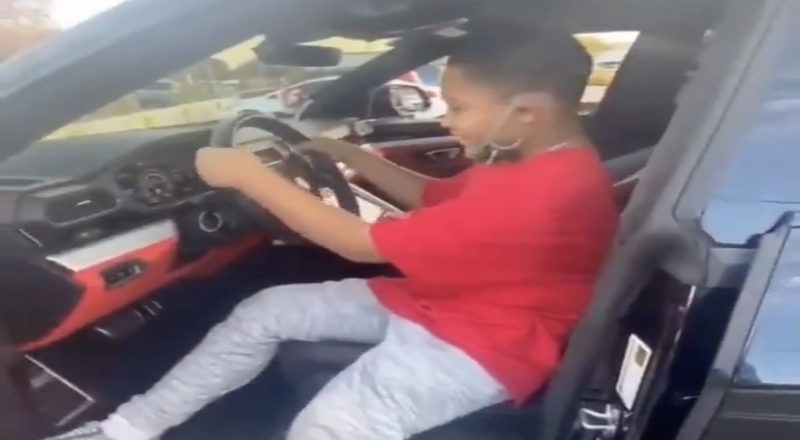 Sacramento rapper, Mozzy, has been one of the most underrated rappers out for years now. He’s also known for making smart investments such as real estate and showing the people love.

As far as being with the people, the latest move comes where he made a kid’s day. The young boy saw Mozzy with his Lamborghini and asked if was actually one. Mozzy confirmed it and even offered to let the boy sit in the front seat of the vehicle while it was parked. The boy revealed that it was his dream car and Mozzy responded with the smartest people make the most money.

Mozzy went on to ask the boy what he wanted to do when he grows up and he revealed that he wants to be a YouTuber, who goes by Mikey Billions. Mikey has over 800 subscribers at the moment. He added that he’s already making content for his account. Mozzy even handed him some money after admiring his hustle.

Earlier this year, Mozzy also released two albums. These were ‘Beyond Bulletproof’ and ‘Occupational Hazard.’ Occupational Hazard was the latest in September as it cotained 14 tracks with appearances by YFN Lucci, Trae Tha Truth, and more.

Check out the interaction between the Mozzy and the YouTuber below.

More in Hip Hop News
Brandi Boyd speaks for the first time, since Max Lux fight, on IG Live, shows her body, with no marks or bruises, saying she didn’t get physically assaulted, and thanks fans for their concerns #LHHH [VIDEO]
Fabolous’ Stepdaughter, Taina Williams, Reportedly Four Months Pregnant and Engaged To G Herbo, According To Herbo’s Lawyer