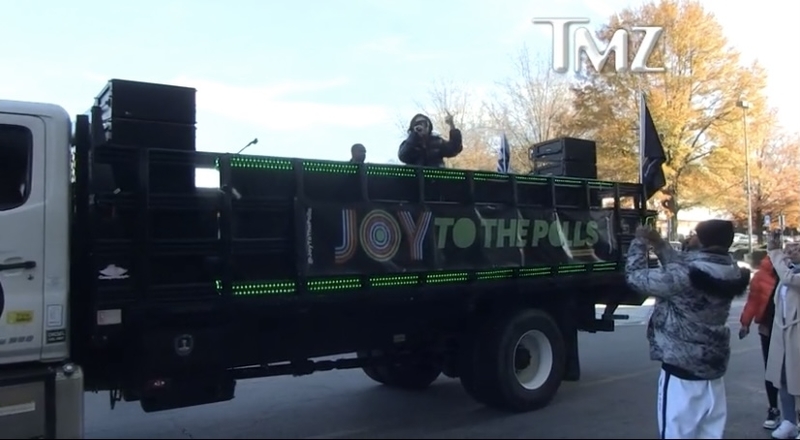 Last night, Mulatto turned up in Atlanta as she celebrated her 22nd birthday early with a 1920s-themed event. Her actual birthday is on December 22. Now, Big Latto is making more moves in the city as she performed in front of voters on Friday.

According to TMZ, Mulatto visited a polling location in DeKalb County as she performed on top of a truck. Everything was set up perfectly on the huge vehicle so she could put on a show. The car also donned a banner that read “Joy to the Polls.”

Georgia voters have been casting their early votes in record numbers for the January 5 Senate runoff race. If Democratic candidates Raphael Warnock and Jon Ossoff win their respective races, then Democrats hold a majority in the US Senate, which would be a major victory for Joe Biden as he heads into office on January 20.

As far as Mulatto, she also put out the extended version of her debut studio album, ‘Queen of Da Souf,’ last. This included five additional tracks. The latest single that she is pushing is “Sex Talk” feat. Lil Baby.

Continue Reading
You may also like...
Related Topics:georgia, mulatto