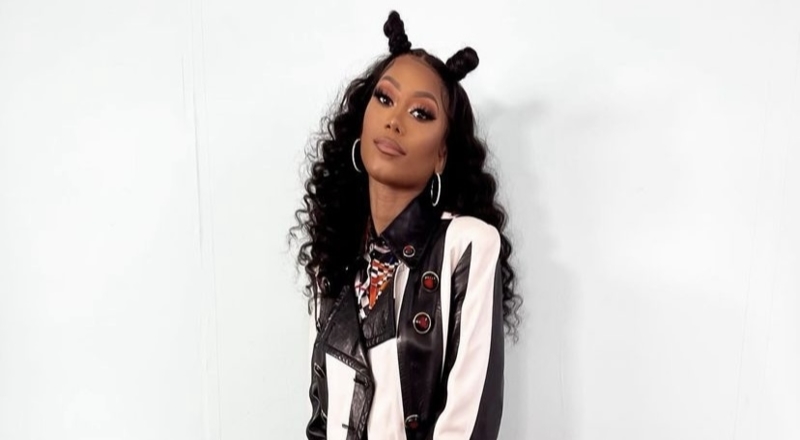 Muni Long has been on fire since last fall, as she’s been establishing herself as one of the biggest R&B stars out. In November, she released her “Public Displays Of Affection” album, which contained one of the biggest records out, “Hrs & Hrs.” It peaked at number 16 on the Billboard Hot 100 chart, and went platinum in the US, last weekend. This success came after being a very successful songwriter, as she’s worked with Rihanna, Ariana Grande, and more.

Now, Muni is making other big moves, as she has now signed a deal with Def Jam Recordings, according to Variety. This done was done through her SuperGiant Records label. This deal was announced by Def Jam chairman and CEO Tunji Balogun on Monday.

“It has been a lifelong goal of mine to be able to bring my gifts to the world. This alignment with Tunji and Def Jam for a global takeover is a literal dream come true,” Muni said in a statement. “Supergiant Records started as an idea between myself and my husband Raysean in 2019 and over the course of the next two years we would invest, hire, strategize and create. As our team grew, so did our success, and as a result of hours and hours of hard work and intense focus, this year we reaped a bountiful harvest. Many, many thanks to my partners, Rashad Tyler, Raysean Hairston, Chris Anokute and all those who contributed to this historic moment. We look forward to an incredible journey with Tunji and the Def Jam family.”

Fans can also see Muni perform at various festivals, this summer. Among them are the R&B Only Fest in Atlanta, in May, and the Broccoli City Festival in Washington. D.C, in May. Muni’s “One Night Only Tour” also kicks off on April 20, in Dallas.