Home » Hip Hop News » N.O.R.E. posts pic with Jay-Z on Instagram and hints that he will be on “Drink Champs” [PHOTO] 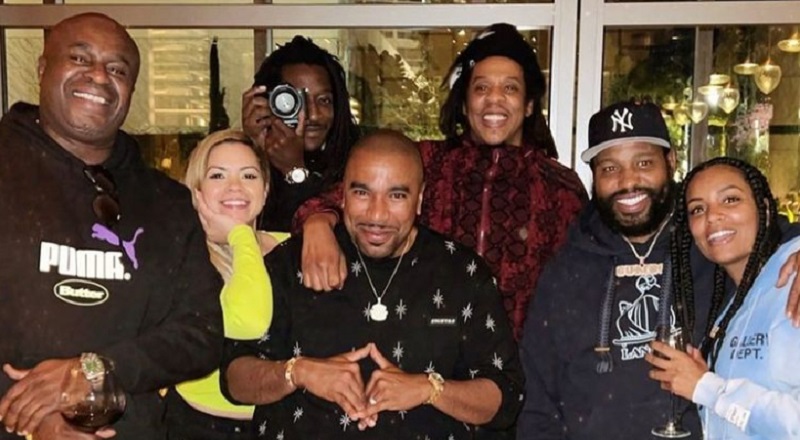 NORE hints that Jay-Z will be on Drink Champs

Through the years, N.O.R.E. has said he wants Jay-Z to do “Drink Champs.” During the recent episode with The Game, Drake called in and spoke with Game. Given that Kanye West came in and gave “Drink Champs” their biggest episode yet, fans really began asking for Jay-Z. Already, “Drink Champs” streams on TIDAL, plus N.O.R.E. and Jay-Z are close. Recently, N.O.R.E. shared photos of him with Jay-Z, which seem to hint that Jay will soon be on the “Drink Champs” podcast.

NORE hints that Jay-Z will be on Drink Champs

More in Hip Hop News
Kanye West’s “The College Dropout,” reaches highest Billboard 200 spot, since 2004, at number 11
Dave East reveals tracklist for “How Did I Get Here?” album, Features include Benny The Butcher, Method Man, Anthony Hamilton, and more