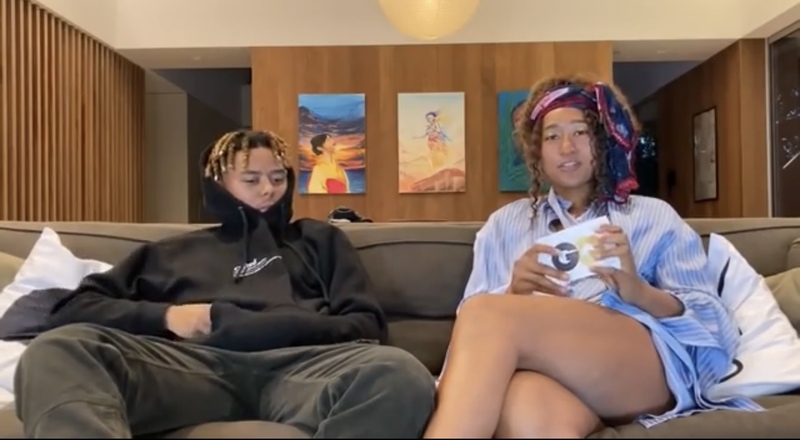 On Tuesday, speculation circulated on social media, that tennis star Naomi Osaka and rapper Cordae, broke up after over two years of dating. No explanation was given for this rumor, but it led to Osaka eventually subliminally speaking on the rumors, shortly after midnight, on Wednesday morning. There, Osaka appeared to deny the breakup rumors.

“People really just believe anything and run with whatever lol,” said Osaka on Twitter.

According to TMZ, sources close to Osaka and Cordae are also now denying the breakup rumors. The two are said to still be “happily in love,” amid the latest claims on social media. Cordae and Osaka have reportedly been seeing each other more lately, as well.

Osaka and Cordae have been together for over two and a half years now, as they’ve been together since 2019. Cordae frequently attends Osaka’s tennis matches, as she is also regarded as one of the biggest stars in her sport, in the world.

Cordae has also been teasing new music, on Twitter. This was done on Tuesday, as he didn’t address any of the breakup rumors. This comes after releasing his sophomore album, “From A Birds Eye View,” in January. That went on to debut at number 13, in the US.