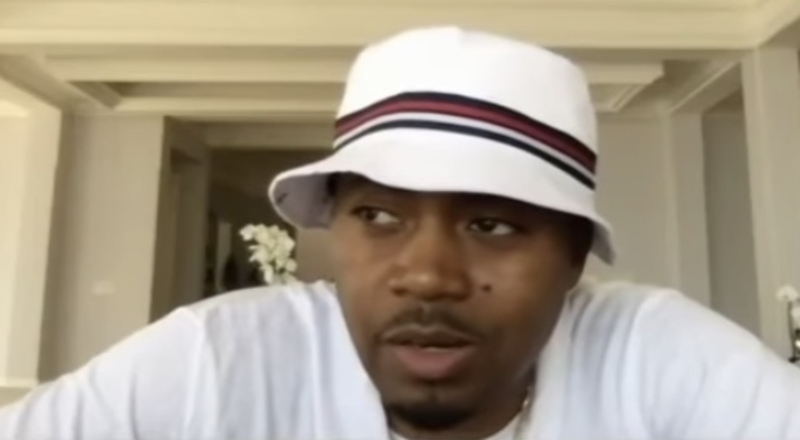 Last week, Nas made headlines for his “Ultra Black” single which is produced by Hit-Boy. The most notable lines from this record were the Doja Cat diss “We goin’ ultra black, unapologetically black/ The opposite of Doja Cat, Michael Blackson black.” Doja has since brushed it off but coincidentally said that she has a song titled “N.A.S.”

Nas recently appeared on Power 106 in Los Angeles to discuss Ultra Black. The hip-hop legend said that he didn’t mean any harm with this and just wanted something to rhyme with Ultra Black and Michael Blackson Black. He said that this was simply about “bars and lines.” Nas added that the song is fun and about having a good time.

Nas went on to say that it’s all love as it appears that he doesn’t have any real beef with Doja. Many thought he was dissing her due to her being canceled on social media back in May. This was for her being in alleged racist chat rooms and also making a 2015 song titled “Dindu Nuffin” as that phrase supposedly mocks police brutality victims. Doja explained that she tried to reclaim the phrase but failed.

On Friday, his ‘King’s Disease’ album with Hit-Boy was also released. This project contains 13 tracks with appearances by Big Sean, Fivio Foreign, Foxy Brown, and more. It’ll be interesting to see if Doja issues a response to these comments by Nas on Power 106 as well. C

heck out Nas speaking on Ultra Black below.

More in Hip Hop News
Police in Lafayette, Louisiana shoot a black man to death for holding a knife, chasing him down, and killing him in front of a gas station, and three officers surrounded his lifeless body #LafayetteShooting [VIDEO]
Kanye West Says He Got in Contact With TikTok About Having a “Jesus Tok” Version of The App