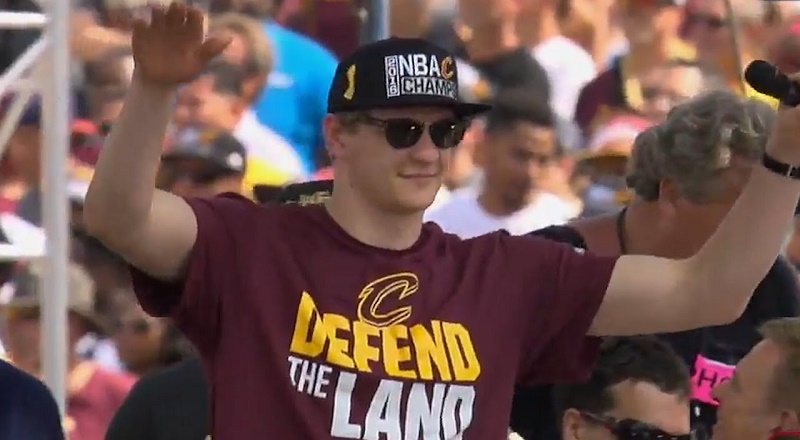 As a part of the Cleveland Cavaliers, Timofey Mozgov won his first NBA championship. He fit in well with the Cavs, built around LeBron James, Kyrie Irving, and Kevin Love. Definitely, Mozgov played a key role in helping the Cavs overcome their 3-1 hole to Golden State.

Following the championship, Timofey Mozgov is a free agent. A few years ago, there was so much hype for the 2010 free agency. Now, every year seems like a big free agency period, as players are opting for shorter contracts for bigger money.

The salary cap has risen, tremendously, this offseason and now teams are willing to overspend to build their rosters. Officially rebuilding, the Los Angeles Lakers are looking at Timofey Mozgov and his newly-minted championship pedigree, as they offer him a $65 million, four year contract. In reaction to this, the NBA fans are going IN right now on Twitter.

Read the tweets about Timofey Mozgov and the Lakers below: