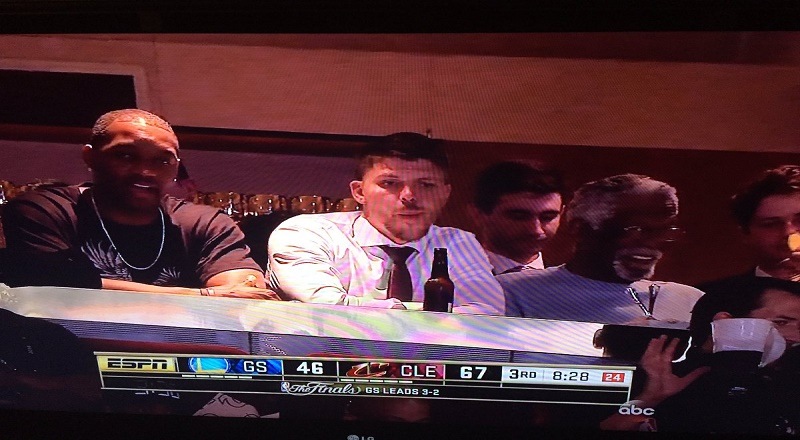 Many “true” NBA fans will often try to dispute the Michael Jordan is the greatest theory. When they do, they will mention either Bill Russell or Wilt Chamberlain. However, once again, it is hard to compare different eras.

But, in the late 1990s and early 2000s, the NBA media was eager to usher in a new era. Had things gone a little differently, Tracy McGrady would have been one of the biggest new stars. Also, Mike Miller had a prominent role, but both managed respectable careers.

Tonight, they are enjoying the fruits of their labor, attending the Finals and sitting with basketball royalty. Just minutes ago, the camera panned in on Tracy McGrady and Mike Miller sitting with Bill Russell. All stupid commentary aside, Twitter is having a field day with this one.

Read the tweets about Bill Russell, Tracy McGrady, and Mike Miller below: