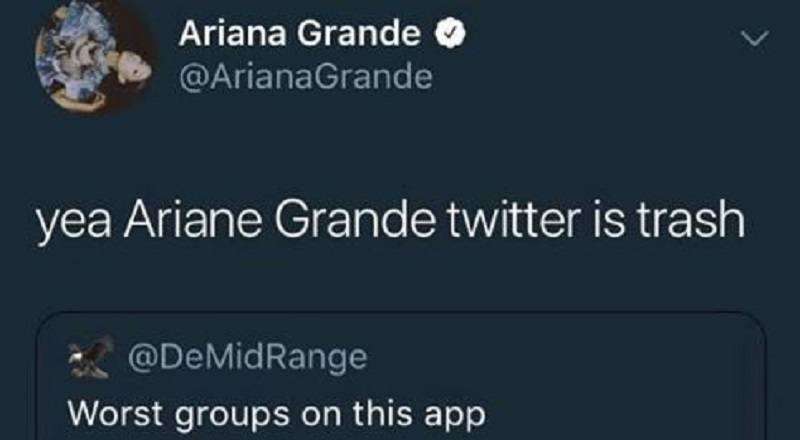 This morning, fans woke up to see NBA Twitter trending. A lot of people may have assumed this was more talk about LeBron James and his new team, the Lakers. But, no, NBA Twitter is going in on Ariana Grande and her fans.

This morning, an NBA Twitter user ended up starting a war that nobody saw coming. The fan named the worst groups on Twitter and “Ariane Grande” Twitter was his number three. Fans from that group immediately began going in on him.

But, NBA Twitter was ready for all out war, and they started going all the way in. This battle is one for the ages and the fans are going in. The battle is still going down.